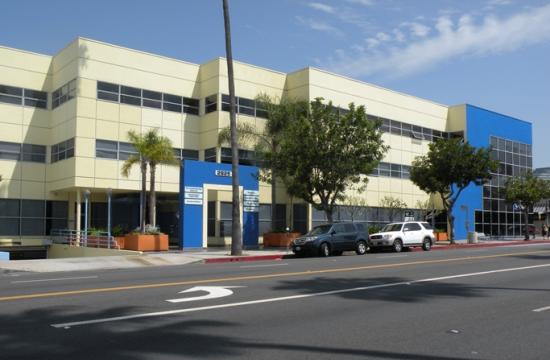 In one of the most sought-after medical office submarkets in Southern California, Lincoln Property Company, in partnership with Linwood Ventures and Artemis Real Estate Partners, has sold 2825 Santa Monica Boulevard, a premier medical office building in Santa Monica, to Stockdale Capital for $38.5 million.

The three-story building totals 54,246 square feet – yielding a sale price of $710 per square foot – and includes two levels of subterranean parking and an open courtyard.

The property is centrally located among other world-class medical facilities, including Providence Saint John’s Health Center, UCLA Medical Center-Santa Monica, Ronald Reagan UCLA Medical Center, and the VA West Los Angeles Healthcare Center. In addition to being home to best-in-class health-care amenities, the area boasts medical leaders at the top of their field.

“Santa Monica has become an important medical hub on the Westside of Los Angeles,” said Scott Schonfeld, Principal of Linwood Ventures. “We are pleased the property will continue to serve the needs of its community by offering world-class health care services in a premier facility.”

Occupancy hit 100 percent earlier this year through the expansion and renewal of UCLA’s Cancer Center. Jim Bailey and Luke Palmo with Coldwell Banker Commercial WESTMAC represented UCLA in that lease.

“Our acquisition and subsequent sale of 2825 Santa Monica Boulevard represents Lincoln’s commitment to add value and ensure success as an owner, operator and manager of Class-A office space in Southern California,” said David Binswanger, Executive Vice President at Lincoln Property Company. “Along with our partners, Lincoln was able to sell this property at 100% occupancy—an achievement in any real estate market.”