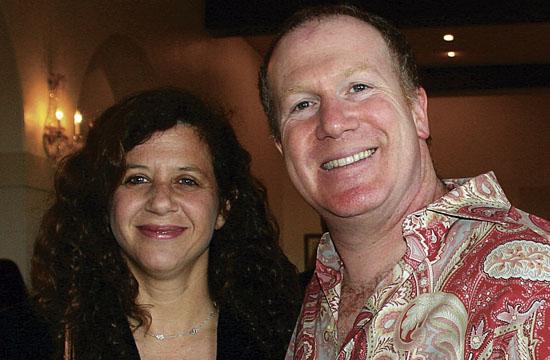 “Video games are an art. Sure, a commercial art, but an art nonetheless,” Gavin said.

Since the commercialization of video games in the 1970s, this business has been mostly popular with young kids, Gavin said. But since then, video games have grown at a furious pace, and Gavin proceeded to chart the rise of video games in culture, business, and life.

There have been tens of thousands of other games made across dozens of genres.

“Despite the decades and the enormous graphic developments, what the platform game does – running, jumping, swinging – has remained fairly consistent,” he said.

Moving from Donkey Kong to Super Mario to Sonic The Hedgehog, “which revolutionized platform mechanics like the lighting-fast game player and colorful graphics. And in 1994’s Donkey Kong upped the ante with high-resolution details and character animation. But if you don’t mind me saying, Crash Bandicoot really changed it to next-level with its life-like 3D cartoon look.”

Gavin created the insanely-popular and best-selling Crash Bandicoot, a 3D platform video game chronicling the creation of its namesake at the hands of the series villain Doctor Neo Cortex and his henchman Doctor Nitrus Brio. The game’s story follows Crash’s effort to stop Brio and Cortex’s plans for world domination, clean up any pollution they have caused, and save his girlfriend, a female bandicoot also evolved by Brio and Cortex.

“Leaping forward Naughty Dog’s 2008 Uncharted 2 offers up intense new realism and cinematic style in which players can alter – games to look more and more mature,” he said. “And by 2012 ubiquitous graphics in arts from Journey explores new realms and new style. Finally, next year’s soon-to-be-hit Uncharted 4 offers unprecedented graphics detail. If you notice 40 years later, video game characters are still swinging from ropes and dragging through water, all the same stuff – it just looks a lot better.”

The Uncharted franchise has been universally praised for its cinematic quality and technical proficiency, and has sold nearly 17 million copies worldwide as of 2012.

Gavin compared the extreme, teamwork effort video game development goes through, just like films and television. Even the smallest game projects require 3-4 people with different skill sets and modern big-budget games as many as 500 contributors, he said.

The next thing we should know about the video game industry was the different genres and sub-genres the industry produces. From the classics pinball and ball and paddle action games, to the first-person shooter, and survival horror of action-adventure, a quick tour of the dozens of video game genres shows the multiplicity of business. Gavin walked through massively multiplayer online role-playing games (like World Of Warcraft) to sports (FIFA) to vehicle stimulation (NASCAR) to a multiplayer online battle arena, real-time strategy game (League of Legends).

Perhaps more fascinating than the backstory of video games is Gavin’s own story. With a photographic memory, two novels under his belt, and a food and wine blog, Gavin doesn’t stop at computer programming even if it is his niche.

At the age of 15, he and his childhood friend Jason Rubin founded Santa Monica-based Naughty Dog (then Jam Software before renaming it in 1989). In between he matriculated as a PhD candidate at M.I.T.’s Artificial Intelligence Laboratory

His research was for the Jet Propulsion Laboratory on the Pathfinder Mars Rover project and involved real-time low-cost vision. While still a student, he learned the programming language LISP, hacked hardware, programmed real-time robots, and built custom compilers that would serve him so well at Naughty Dog.

As a subsidiary of Sony Computer Entertainment, Naughty Dog is best known for developing games for the PlayStation family of consoles, including the Crash Bandicoot series for the original PlayStation, Jake and Dexter on PlayStation 2, and Uncharted and The Last of Us on PlayStation 3 and PlayStation 4. Before selling to Sony, Gavin and Rubin sold approximately 40 million copies on the seven video games they developed.

To learn more about Andy Gavin visit his website at all-things-andy-gavin.com.