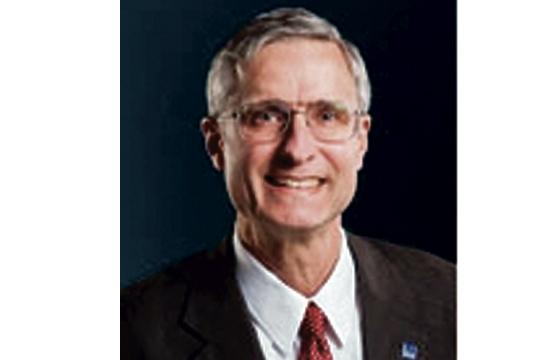 North Korea is a time bomb. That was the thesis behind Dr. Bruce Bennett’s talk at the weekly Rotary of Santa Monica meeting Friday, Oct. 23.

Bennett, a senior defense analyst at the RAND Corporation and an expert in Northeast Asian military issues, offered an introduction to Rotarians about preparing for the possibility of a North Korean collapse. He painted a surreal portrait of a post-Kim Jong-Un world – one with famine, infighting, and nuclear and biological warfare.

“The collapse of North Korea has been rumored for decades,” Bennett said. “But you never had a leader like you have in North Korea now. This is a person who has done his best to offend his elites.”

To put the current North Korean dictator in context, Bennett said that his predecessor and father, Kim Jong-Il, had changed his defense minister three times in 17 years, two of which died of old age. Kim Jon-Un has changed his defense minister five times in less than four years. This, coupled with sociopathic brutality of well-known purges and gentle executions, typifies a paranoid despot.

“And as a result, I believe that sometime in the not-too-distant future, a number of years probably, we will see a change in the government in North Korea. You can’t project because sooner or later – I think – some member of his elite is going to kill him. And then we are going to have a change,” he said.

The country runs on a hierarchy with Kim Jong-Un, the current leader, at the very top, Bennett explained.

“A 32-year-old – roughly speaking, we don’t know for sure – he has then a variety of people below him. His security has gone up considerably after his father. He’s feeling the threats,” Bennett said.

He said the real game changer came when Kim Jong-Un pulled his uncle out of the number two spot within the pecking order, making that role a veritable death sentence.

“It wasn’t immediate; it would be in a matter of three of five years. But you and your family and your extended family were likely going to be exterminated,” he said.

With a race to the top after Kim Jong-Un, the political and military elite will likely suffer dissension.

“So, we anticipate that some combination of factions develop. This is just one guess. But if it does, you’re going to expect civil war. If that happens, the all-ready terrible food situation in North Korea will get worse. And as a result, sooner or later South Korea is going to decide if they’ve got to intervene. There is just no choice. They can’t let their ethnic brothers suffer,” he said.

Once this happens, though, the Chinese will also intervene.

“The Bank of Korea has projected that in a collapse of North Korea, roughly three million North Koreans out of a total 24 million population would make their way into South Korea over time,” Bennett explained. “Given where the population lives, that means about five million head towards China. And they want something less of zero of those people living in China because they worry about the disruptive affect they would have. And so China will intervene to deal with that and other issues.”

For a country with a disastrous economy, dilapidated industry, and antiquated infrastructure, Bennett predicted that once infighting happens, the North Koreans would starve as a result.

“Agriculture doesn’t produce enough to feed their people even at a subsistence level,” he said.

The North Korean’s only saving grace has been their nuclear weapons.

“Because for a regime like this, what do they have to be proud of? Not economy, not politics, so they try to infuse in their people pride for the fact that they are one of the only 10 countries that have yielded nuclear weapons – therefore, they’re a great state,” he said.

Once South Korea intervenes, one way to resolve the threat of WMDs is to unify the country. But before they can do that, they’d have a myriad of short-term and midterm issues to handle like civil war, humanitarian disasters, and food relief.

“These are the key challenges in my mind and the things that we need to be prepared to work with our Korean allies to resolve,” he said.

One example is the humanitarian aid. Bennett surmised that food would have to be taken via military like the U.S. and Korean marines to make sure the Korean military or the criminal organizations don’t take it.

And what will become of the North Korean elites after Kim Jong-Un?

If they don’t want unification, which is likely, and they believe they won’t get a good deal out of it, “you can bet they’re going to fight us.”

Bennett wrote a book in 2013 titled, “Preparing For the Possibility of a North Korean Collapse,” available for free download at rand.org.