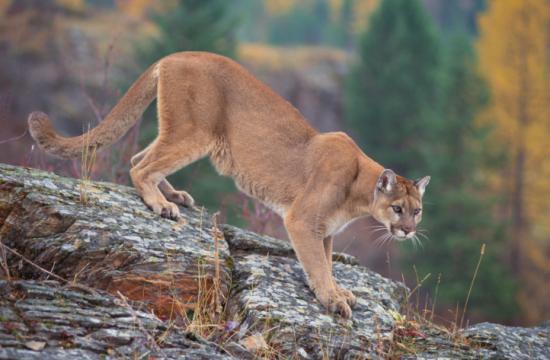 “If you’re a mountain lion in the Santa Monica Mountains, this is just not an easy place to grow up,” said Seth Riley, an NPS wildlife ecologist. “From our roads to rat poisons to potentially increased interactions with other mountain lions, it is very difficult for young animals to make it to adulthood, establish their own home range and reproduce.”

According to the Parks Service, a young female lion dubbed P-34, was found dead Sept. 30 by a runner in Point Mugu State Park. The lion appeared to have died from ingesting rodent poison, although it also had superficial injuries it had recently been in a fight, likely with another lion.

P-34 made some headlines last year when it was photographed wandering through a Newbury Park neighborhood.

Last month, meanwhile, an NPS biologist found the remains of two three- month-old lions in a remote part of the eastern Santa Monica Mountains. One of them was known as P-43 and had been tagged at three or four weeks of age, according to NPS. The other was a previously unknown sibling of P-43.

NPS officials said the two kittens had been eaten by another animal, and DNA tests are being conducted to determine what type of animal attacked them. According to the park service, P-43’s mother has had two litters of kittens, and both litters were killed by other animals.