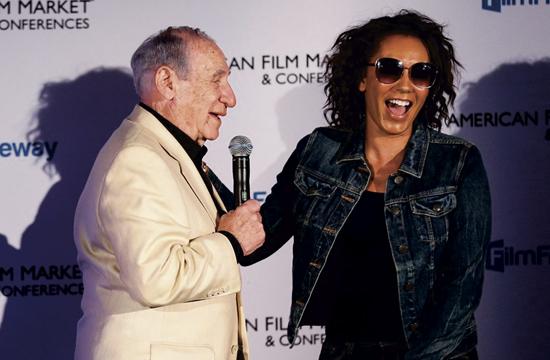 The American Film Market (AFM) opened Wednesday for its 36th edition, which will run through next Wednesday, Nov. 11 with more than 80 new buying companies participating with the largest growth coming from South Korea, China, Germany, and India. Nearly 1,600 buyers are expected from more than 70 countries.

A total of 407 films screenings are scheduled in more than 30 languages including 87 world premieres and 242 market premieres. Hundreds of projects will also be unveiled for pre-sales by the 391 exhibiting companies from 38 countries.

The full screening program, including cast and synopses, can be viewed at TheFilmCatalogue.com.

New for 2015, attendees will be hosted to nightly Carousel Cocktails at sunset on the Santa Monica Pier, providing a unique and memorable experience to connect and relax at the beach.

In addition, new to this year, all attendees will receive a one-year subscription to Cinando. Many participants are already benefiting from AFM’s revamped online community, MyAFM, where they can create a profile, promote projects and services, find other participants, set meetings and maintain daily schedules.