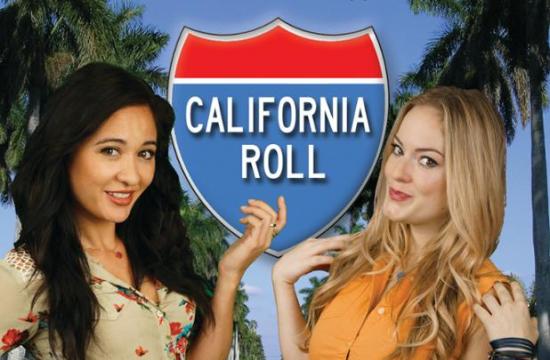 Westside TV’s host Denyc (Poole) has returned from the Miami Web Festival with the award for Best Actress in a Comedy for her work in the new series “California Roll.”

The show that pokes fun at driving in L.A., will air on Westside TV starting this holiday season. Denyc, the show’s creator, has won several awards since it started the festival circuit in 2015, but this particular award was a huge accomplishment for the Westside-local actress.

Denyc puts a unique spin on everything she does, including the spelling of her own name (yes, it’s pronounced just like Denise). The story behind the tricky spelling of Denyc goes back to her elementary school years.

“I grew up attending a private school where we had uniforms,” she said. “We weren’t allowed to wear colored nail polish, funky jewelry… I was even told to stop wearing a small sticker on my left cheek which had been my signature touch. I really felt like I had no way of outwardly expressing my individuality. At the age of 12, feeling stifled and desperate for a way to stand out, I decided that I would change the spelling of my name. I found a little book of baby names, looked up ways to spell Denise, and made sure the way I spelled my name was absolutely none of those! I invented something completely unique. And that became my way of being different.”

No longer struggling to stand out in the crowd, Denyc now faces different challenges as she builds her career in the City of Dreams. One of the biggest challenges was the immigration process. As a Canadian actress, Denyc recalls that being approved for her O-1 Visa (a visa reserved only for those at the top of their field) was the most difficult, and yet rewarding thing she has done with her career to date.

“I had a goal, I went for it, and I didn’t give up until I proved that I had what it takes to make it in LA,” she said.

Denyc is definitely ‘making it’ in LA. Although she recently took home an award for Best Actress, her talents extend to writing and producing as well. In 2015, Denyc put her fighting and stunt skills to the test in two short films. With these projects about to be released, we can expect much more adrenaline in the months to come.  She’s also rumored to be working with some serious players in the industry on a new sci-fi feature, but her lips were sealed on that.

Though Denyc does love action movies, much of her resume is comedy (which may come as another surprise to those who watched her weekly news show on Westside TV). In the upcoming comedy series California Roll, she plays Sam, a weary LA motorist who finds herself thrown into one awkward situation after another, alongside a cast of free spirits who occupy the passenger’s seat.

“I think it was my subtle, and sometimes not-so-subtle, facial expressions that caught the eye of the judges,” Denyc comments when asked about her latest win. She hopes to sink her teeth into many more roles of that type in the future.

So how does this Canadian-turned-California girl keep herself on the radar in Hollywood?

“Becoming someone people in the industry take serious hasn’t been easy,” she says, “but it’s the challenge that makes it so satisfying when you prove you can do it.  I’m not going anywhere – but up.” There was talk of California Roll season two, so to catch up on what all the fuss is about, watch California Roll, airing weekly on Westside TV at www.westsidetoday.com.