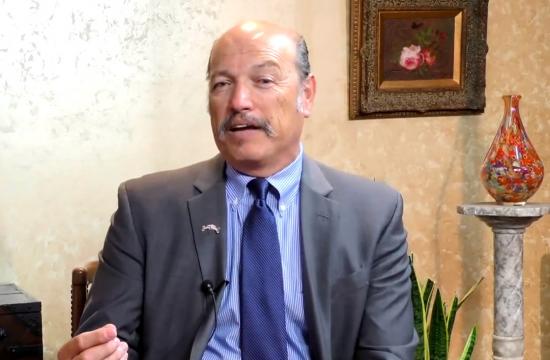 The Council opted at that meeting for a different line-up for its second year; council members voted that Mayor Pro Tempore Tony Vazquez will be Mayor and Councilman Ted Winterer Mayor Pro Tempore.

“As a former teacher and teacher trainer, Vazquez learned the true power of education; the power to shape thoughts and help young students better understand their role in society,” she said. “As an organizer for the United Way he learned how communities can come together for the common good and make lasting changes that help better daily lives of all people. No community is perfect and no community can survive without those who work on its behalf.”

Vazquez has been a strong supporter of controlled growth and affordable housing. He helped add 300 affordable housing units in the city, and was also instrumental in bringing earthquake relief for Santa Monica residents after the 1994 Northridge earthquake.

A former School Teacher and teacher trainer, Vazquez is a graduate of the University of Southern California. As a former community planner for the United Way of Greater Los Angeles, he facilitated funding for community programs throughout the San Fernando Valley.

As the former District Director for then Los Angeles City Councilman, Richard Alarcon, he was instrumental in revitalizing the poorest areas of the northeast San Fernando Valley and redeveloping the former General Motors plant.

Vazquez also served as the southern California regional director for California Futures Network, which is a non-profit organization that promotes smart growth policy and legislation in the state of California. He has devoted his life to education and quality of life issues and is committed to improving the quality of life issues for all Californians especially those who live in the communities where environmental injustice runs rampant.

Vazquez is married with two children. His son and daughter attended public Schools and his son, like him, graduated from USC. His daughter attended New York University and is a graduate of the Tish Film school class of 2015. His wife Maria is a graduate of Hastings School of Law and currently serves on the Santa Monica/Malibu Unified School Board. Vazquez is proud of his Mexican heritage and his immigrant parents who worked hard to put him and his siblings through college.