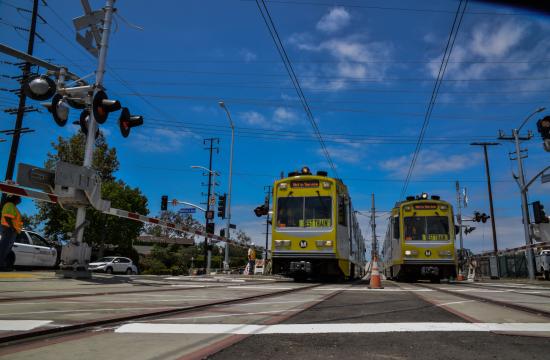 Light rail trains will be testing “headway” — the ability of the line’s signals and switches to handle trains safely on a busy timetable — on the western extension of the Expo Line, Metro officials said.

Motorists on busy streets, including Overland Avenue, 20th Street and Lincoln Boulevard, will see the signals activate and gates go down as the trains pass back and forth. Those railroad crossings are all just north of the Santa Monica (10) Freeway.

Other grade crossings affected will be along the tracks on Colorado Boulevard in Santa Monica. Most other streets are bridged by the tracks and will not be blocked by trains.

Regular passenger service is expected to start in spring on the Expo Line extension, which will see rail transit from downtown Los Angeles to the Santa Monica Pier. That line currently ends at Culver City.