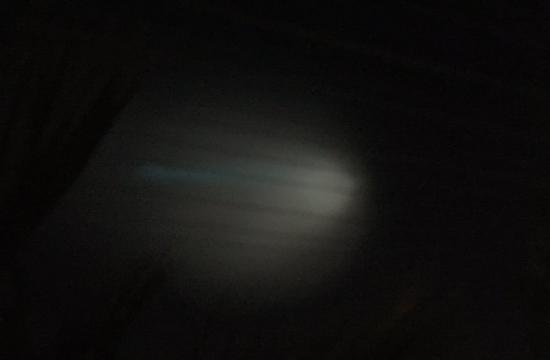 People in the Los Angeles area and from San Diego to San Francisco and beyond reported seeing a green object streaking through the sky at about 6 p.m. Saturday , authorities said.

The Twitter-sphere was inundated with inquiries that came from people up and down the Pacific Coast, and as far east as Utah.

The Orange County Sheriff’s Department reported on Twitter that the sighting was the result of a U.S. Navy test.

“Light seen in OC sky was confirmed through (John Wayne Airport) tower to be a Naval test fire off the coast. No further details,” the tweet said.

Navy spokesman Cmdr. Ryan Perry confirmed that an unarmed Trident II (D5) missile was launched from the Kentucky, an Ohio-class ballistic missile submarine, in the Pacific Test Range off the Southern California coast.

However, for the next seven days, flights arriving from midnight until 6:30 a.m. will use the regular daytime approach over land because the military airspace west of LAX will be active, Castles said.