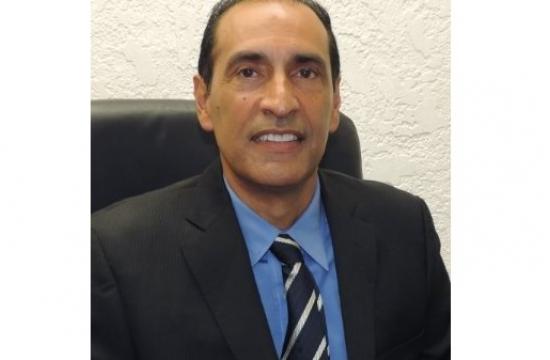 Securing local control of the Santa Monica Airport is one of the top strategic goals adopted by the City Council earlier this year. To spearhead the priority, the City has hired Nelson Hernandez as the Senior Advisor to the City Manager on Airport Affairs.

This newly created position will be responsible for analyzing and addressing high profile health, safety, environmental, economic and security issues as they relate to the Santa Monica Airport.

Hernandez’s responsibilities will include coordinating public policy analysis, research, Federal advocacy, media relations and community outreach. He will play a leadership and coordination role on all issues related to achieving local control of the Santa Monica Airport site.

“The future of Santa Monica Airport is at critical juncture and securing local control is one of the City’s top priorities. Nelson Hernandez comes to us with two decades of senior leadership in both federal and local government,” said City Manager Rick Cole. “His deep understanding of public policy will be critical as we pursue progress on the mandate approved overwhelmingly by Santa Monica voters one year ago.”

Hernandez has extensive experience at the Federal, regional and local government levels, including senior management positions in four Federal Agencies, including the Department of Justice, Federal Deposit Insurance Corporation, Department of Housing and Urban Development and most recently as Senior Associate Director recruited to establish the Federal Housing Finance Agency.

In 2003, he was a winner of the “Service to America Medal,” the nation’s most prestigious recognition for civilian Federal employees. Hernandez worked for the Southern California Association of Governments on regional transportation policy and at the local level he’s served as a City Manager, Community Development Director and was Assistant Chief Operating Officer for the City of San Diego.

“I am thrilled to join the City of Santa Monica,” said Nelson Hernandez. “I look forward to helping the City Manager achieve the policy goals of the city council by working in collaboration with the entire city staff and community”.

Hernandez grew up in Los Angeles and graduated with a Bachelors in Political Science from UCLA, a Master’s in Public Administration from City University of New York, a Community Development Certification from Harvard University and a Real Estate Finance Certification from the Urban Land Institute. He is a former National Urban Fellow and a former citizen member of the Transportation Commission for the City of Whittier. Hernandez is a U.S. Army veteran where he served as a Military Police Officer overseas.

Hernandez will assume the position of Senior Advisor to the City Manager on Airport Affairs on Nov. 30, 2015. His office will be located at the Santa Monica Airport.