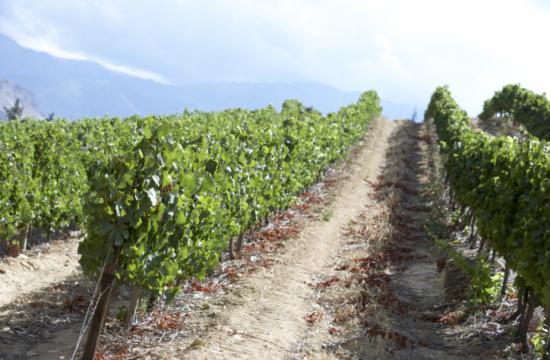 The Board of Supervisors voted on Tuesday to move forward with new regulations governing vineyards in an unincorporated area of the Santa Monica Mountains.

The regulations limit vineyards to two acres per parcel and prohibit planting on significant ridgelines or hills with a slope of more than 33 percent.

The ordinance will also require owners to follow best practices on pest control and water conservation, in an effort to limit damage to local habitat and wildlife.

The board had placed a temporary ban on new vineyard development in June. The following month, while waiting for the Department of Regional Planning to develop the new rules, 28 pending vineyard applications were allowed to move forward subject to specific restrictions.

Would-be vintners or owners who want to expand their vineyards will now have to get a conditional use permit to proceed.

Existing vineyards will have five years to adopt the best practices laid out in the ordinance.

Some residents and vineyard owners spoke out today against the ordinance, while many environmentalists said it didn’t go far enough, leading Supervisor Sheila Kuehl to call it “a good compromise.”

A Heal the Bay spokeswoman called for an all-out ban on mountainside vineyards and, at minimum, extending protections to the entirety of the Santa Monica Mountains, not just along coastal areas.

Others complained that the new rules were a rush to judgment against a single crop that they said does no more damage to the land or local water supplies than any other and uses less water than some.

“Tell me why you want to ban a native plant that is indigenous to the Santa Monica Mountains?,” asked Jim Palmer, who owns Malibu Vineyards.

Planning officials emphasized that this was not a ban.

Some residents complained about over-regulation and said the county was rushing to judgment, while others defended the move to limit commercial vineyards.

“This is not about backyard gardens,” said a spokesman for Friends of the Santa Monica Mountains, who accused vintners of “carving out and stripping huge swaths of native habitat.”

Kuehl asked county lawyers to add some additional restrictions to the final ordinance, which will return to the board for a vote. Those additions include increasing setbacks by another 100 feet and requiring all vineyard fencing to be wildlife permeable.

The ordinance covers the 32-square-mile area of the Santa Monica Mountains North Area, which includes unincorporated land west of the city of Los Angeles and reaches the Ventura County line, adjacent to Calabasas, Agoura Hills and Westlake Village.

The vote was 3-0, with Supervisors Don Knabe and Michael Antonovich abstaining.