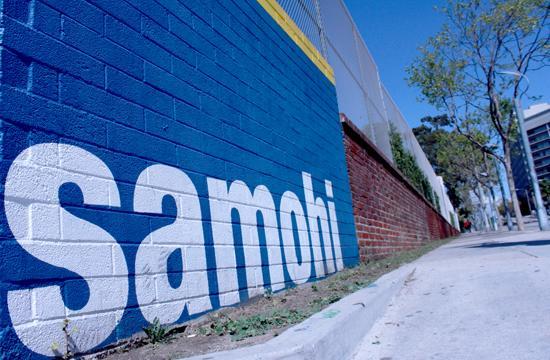 Two local students were arrested and later released into the custody of their parents on Thursday, Nov. 12, after admitting to stealing a “balance board” from a fellow student.

This story began on Friday, Oct. 23, when, on the night of the Santa Monica High School’s homecoming game, two freshmen were walking home from the game when an assault took place.

Officers were called at that time to attend to the report of assault in the area of 17th St. and Oak St. When the officers arrived they spoke with the victim who told them what had happened.

The victim, a juvenile, told the officers that as he and his friend were walking home from the game they were approached by a pair of fellow students.

He said that he had been riding his “balance board” (a type of small two-wheeled electric scooter) and that one of the fellow students had asked if he could borrow the balance board to try out.

The victim agreed and the fellow student rode around on the balance board for several minutes while they all watched.

Suddenly the fellow student fell off the balance board and hurt his knee.

The victim, who wasn’t enamored by the idea of allowing someone who he barely knew use his balance board took the opportunity to retrieve the balance board and leave with his friend.

He said that as they began to walk back to their homes the two fellow students suddenly approached from behind the victim and his friend and that the first one had pushed him to the ground and had then started to punch him.

The victim told the officers that although he did not know the names of these suspects he had recognized them from school and was sure he could identify them if he saw them again.

The responding officers forwarded their report to Youth Services detectives.

On Wednesday, Nov. 11 the victim met with investigators and identified the suspects after being shown a school photograph book.

The following day, Thursday Nov. 12, both of these boys were arrested and charged with strong-arm robbery before being released to the custody of their parents.

However, later that same day, additional information surfaced that suggested that it was two other boys who were the suspected assailants in this case and detectives interviewed both of them.

These two students confessed to taking the balance board and added that they had ditched it in a dumpster near one of their residences. These two were thus cited for the crime and released to the custody of their parents. The balance board was never recovered.