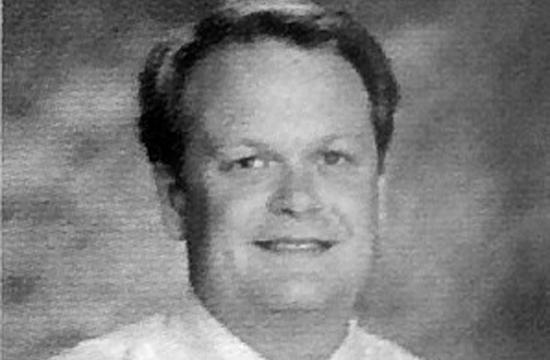 Santa Monica man Joseph Thomas Koetters, a former English teacher, turned himself in today to begin serving a jail sentence for having sexual relationships with two female students, one of whom became pregnant, while working at the private Hancock Park all-girls Marlborough School.

Koetters, 48, was sentenced to a year in county jail last month on charges that he engaged in sex acts with two 16-year- old girls more than a decade ago. Koetters was accused of abusing one of the high school students in 2000 and another in 2004.

Koetters was charged with 14 sex abuse counts and faced up to 11 years behind bars, but in a deal with prosecutors, he pleaded guilty to four counts.

As part of his sentence, Koetters was required to register as a sex offender and complete at least one year of sex offender therapy.

In addition, he was placed on five years of probation, during which he is barred from teaching or being with any female minor under the age of 18, except his daughter.

The victims have filed a lawsuit against Koetters and Marlborough School.

One of the women told the judge at the Oct. 21 plea and sentencing hearing that Koetters — then her 11th grade English teacher at Marlborough — “systematically lured me into a yearlong sexual relationship” in 2000.

“Over the course of several months, Mr. Koetters succeeded in convincing me that I was different, that our bond was special, that we owed it to ourselves as humans to ignore society’s norms and take things to the next level,” she said.

The victim, who was identified in court only as “Jane Doe 1,” said the relationship eventually “imploded,” and she found out she was pregnant in a dirty restroom at a fast-food restaurant.

She ultimately miscarried, “alone, terrified and in excruciating pain,” and the relationship ended, leaving her shattered and with an “intense hatred for myself that haunts me to this day.”

She said she had “never planned to come forward with my story,” but seeing an essay written about Koetters “triggered in me an unrelenting drive to protect other girls at all costs.”

The woman told the court last month that the conclusion of the court case “isn’t an ending at all” for her.

“I would be remiss if I tried to frame the situation as anything other than what it is for me. It is raw. It is hideous. It is agonizing. And I will live with it for the rest of my life.”

Vanderet responded, “I’m so sorry for the hell you’ve gone through.”