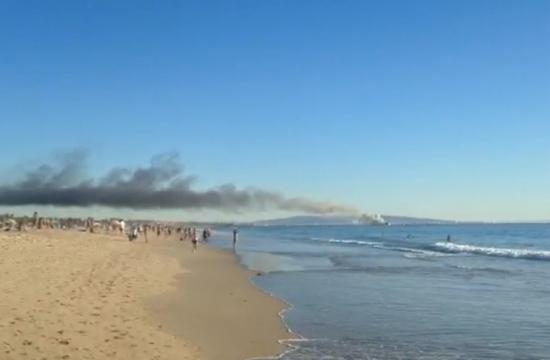 The boaters jumped from the burning yacht into the water, officials said.

The mother held her baby as she jumped, and both went underwater and then came up, a lifeguard told KNBC4. The lifeguard took the baby and swam to the lifeguard boat, handing the baby to his captain. He then went back to the boat to help rescue the adults.

The mother and baby were taken to a hospital to be examined, he said.