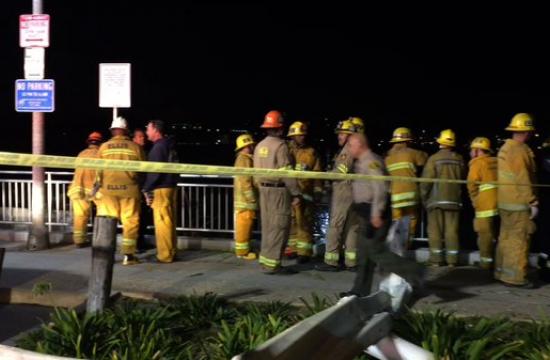 A driver lost control at the wheel of a white Audi, flew through two barricades, and ended up in the Marina on Tuesday night. Marina del Rey local Jasmine Walton shares she saw in the video below.

Divers found no one in or near the vehicle, which went into the water off the 5500 block of South Pacific Avenue at 9:48 p.m., Brian Humphrey of the Los Angeles Fire Department said.

Broadcast reports said at least one person was seen running from the location after the crash.