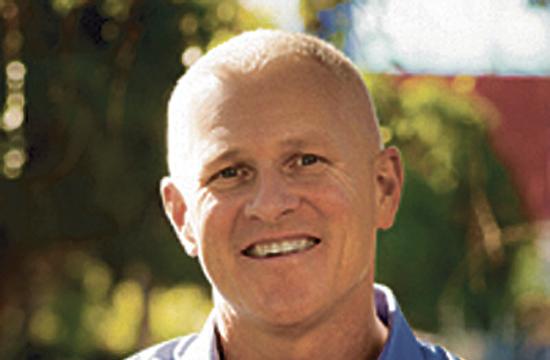 Parking in Los Angeles could become smarter and fairer, thanks to a series of seven motions authored by L.A. councilman Mike Bonin and submitted to the L.A. City Council earlier this month.

The package of motions, which builds on the work recently completed by the Los Angeles Parking Reform Working Group (LAPRWG), seeks to dramatically change how parking is managed in Los Angeles, expanding programs that rely on performance-based pricing and reducing the number of street-sweeping tickets issued to Angelenos.

“Parking in Los Angeles is a uniquely universal frustration for residents in neighborhoods, customers shopping at local businesses and visitors experiencing Los Angeles for the first time,” said Bonin. “Far too often, people in Los Angeles feel like the price of parking tickets and the way they are issued is a symbol of a government that is on their backs instead of on their sides. We can do better and this series of motions will help reform the way we think about parking in LA.”

Bonin’s legislative package includes seven proposals from the LAPRWG, introduced separately so that each can advance through the legislative process as quickly as possible. The motions include efforts to:

Each year, the Department of Transportation is supposed to submit a “Five-Year Operations and Maintenance Plan” to the City Council that ensures there is adequate funding for maintenance, upgrades, technology, and repairs of parking structures, meters, and related parking assets. This has not been done for years, and Bonin’s first motion calls on LADOT to resume reporting to the City Council with annual plans that will help the Council reform and manage parking in LA.

Bonin’s second motion takes the first steps toward completing an electronic inventory of all of the City’s parking assets. This inventory, also known as “Code the Curb,” will help the City move toward dynamic digital parking systems that can communicate with the public in real-time and replace the static parking regulations of today, such as curb paint and street signs. Digital parking systems are run with innovative technologies that enable mobile phone applications and signage to provide relevant information to people as they are parking. This has the potential to not only make parking simpler, but also much more convenient.

Bonin’s third motion seeks to ensure that the City does not set parking fines higher in order to fund other city services. Rather, Bonin’s motion asks LADOT to report to the Council with information and data supporting the level of fines to ensure that they are only as high as necessary to get people to comply with parking rules. This is an important step in moving away from static fines and toward dynamic pricing, that makes parking cheaper when there is less demand on streets.

In 2012, the City began implementing performance-based priced parking through the LA Express Park program in downtown Los Angeles. This successful pilot program allows the price of parking to be set based on demand for parking, and has resulted in the average hourly rate for parking spaces downtown decreasing while revenue has increased because more people are using the parking spaces. Bonin’s motion seeks to expand LA Express Park to neighborhoods with high parking demand, including Venice, Hollywood and Expo/USC.

The fifth motion in Bonin’s Parking Reform Package asks for the Department of Transportation to look at ways to better coordinate parking for delivery vehicles. Especially as people in LA neighborhoods increasingly rely on e-commerce, the frequency of delivery trucks in neighborhoods affects parking availability. In order to allow and encourage e-commerce to continue to grow in LA, Bonin’s motion begins the process of coordinating with delivery companies to improve how delivery trucks park in neighborhoods.

Currently, revenue generated by parking fines is deposited in a special account called the Special Parking Revenue Fund (SPRF). Bonin’s sixth motion proposes repealing the SPRF and instead creating a Parking and Access Enterprise Fund, which would allow the City to return parking meter money to the area where it was generated. Replacing the SPRF with a new Enterprise fund would help ensure that the City uses parking revenue to implement infrastructure improvements in neighborhoods where parking revenue is generated and which would be an important step in improving how the City manages parking supply and demand.

Street sweeping tickets are one of the most frustrating parking tickets Angelenos receive. While it is important for people to move their cars so streets can be cleaned, receiving a ticket for parking on the street during the designated “street sweeping hours” but after the street sweeper has already passed makes no sense.

Bonin’s final motion in his Parking Reform package asks for the City to look at using technology to help notify people of when they need to move their cars to allow a street to be swept, and when it is okay to park again. The motion also asks for the Department of Transportation and Bureau of Street Services to better coordinate, so street sweeping is not scheduled during peak parking times, such as during school drop-off hours.

Bonin’s legislation is the latest in a series of actions taken at City Hall to improve parking in LA neighborhoods. In June 2014, L.A. Mayor Eric Garcetti engaged a group of citywide stakeholders to discuss opportunities for the City to improve parking management.

The Los Angeles Parking Reform Working Group was subsequently formed with residents, transportation, and planning/land use industry experts. The members divided themselves into two subcommittees to focus on two broad areas of parking – Management and Administration and Policy and Strategy.

Over the course of seven months, the LAPRWG reviewed and analyzed a wide variety of potential parking reforms. The LAPRWG released their comprehensive report and recommendations for consideration earlier in 2015, and Bonin heard a report from the group in the Council’s Transportation Committee.

Bonin’s Parking Reform legislative package expands on and advances some of the proposals made by the LAPRWG.

“The Parking Reform Working Group did great work and we cannot let their recommendations sit on a shelf. We need to take it a step further so we can begin making some of their suggestions a reality,” said Bonin. “This package of legislation is about putting neighborhoods first and restoring some common sense to how we park in LA.”

The motions will be referred to the Transportation Committee, and will be considered early in 2016.