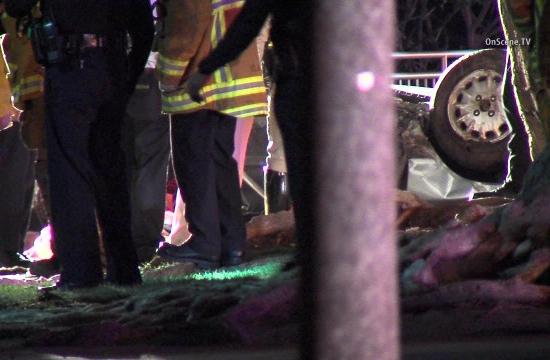 The California Highway Patrol is investigating a fatal crash in Venice on Monday afternoon that killed two men and a woman while another person was critically injured when a car struck a tree and overturned.

Two of the victims were trapped in the wrecked sedan, which ended up on its roof, and firefighters worked to free their bodies, Scott said.

The other two were ejected from the car, Scott said.