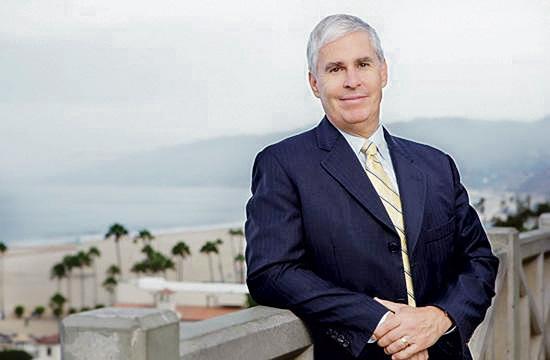 Former Santa Monica City Manager Rod Gould has been forced to resign from his new job at Management Partners as part of a settlement agreement after it was alleged he violated Santa Monica’s anti-corruption law by accepting employment with the consulting firm whose contracts he signed while City Manager.

Transparency Project, an all-volunteer group of Santa Monica residents concerned about openness and accountability in City government, announced terms of the settlement today.

The group filed a complaint against Gould in June after he retired as City Manager at the end of January this year, and accepted a role as vice president at Management Partners’ West Coast office in San Jose in May.

The complaint listed six incidents where Gould had approved of contracts between the City and his new employer, Management Partners. The complaint went on to say that Gould violated the City’s anti-corruption law known as the Oaks Initiative by going to work for the firm after approving their contracts.

According to Transparency Group, in the settlement of the legal proceeding, Mr. Gould agreed:

1. to resign from Management Partners and refrain from accepting any employment with it until the end of the post-employment period during which such employment is prohibited under Oaks (January 31, 2017.)

2. to abide by the post-employment restrictions of Oaks as to other companies for which he approved contracts while working for the City, also through January 31, 2017.

Management Partners released a statement to The Mirror, saying when questions first arose about whether Gould’s employment with them violated Santa Monica’s Oaks Initiative, the company confirmed that the City Attorney of Santa Monica was on record as having expressed the view that this initiative was probably unconstitutional and unenforceable, and that in any case was inapplicable to city employees.

“Moreover, Rod consulted with the chief ethics official from the International City/County Management Association and confirmed that he had not violated ICMA’s Code of Ethics,” the statement read. “We were therefore dismayed when the Transparency Project sued Rod personally, alleging that his acceptance of part-time employment with Management Partners could be in violation of the Oaks Initiative, and that he should be considered personally liable for substantial financial penalties. Because of this financial threat, after only nine weeks of part-time work with the company he felt compelled to immediately ask for an unpaid leave of absence. As part of the settlement of the lawsuit, Rod has submitted his formal letter of resignation.”

Management Partners said the spirit of the Oaks Initiative was to preclude corruption by local government officials.

“Neither Rod Gould nor Management Partners did anything wrong – not even close,” the statement read. ” Both ascribe to the high ethical standards of ICMA. And so the lawsuit, while potentially dangerous to Mr. Gould financially, was also an insult to the professional integrity of both. This has been a difficult time for Rod, whose unimpeachable ethics were among the many attributes that made him an attractive candidate to Management Partners. He continues to have our full support and well-earned respect, and we will miss having him as a valued member of our firm.”

Gould denied any wrongdoing when the complaint was filed earlier this year.

Gould told The Mirror in June that the allegations took him by surprise, “coming out of left field,” and if legally or ethically valid, he would have taken the appropriate actions to correct the mistake.

“While I will defend till my last day the right of this group and the right of any other group to challenge its city government, to question their leaders,” Gould told The Mirror in June, “It doesn’t mean that by making allegations that those allegations are either fact based or true and in this case they are neither.”

Mary Marlow, one of the three Plaintiffs (along with Elizabeth Van Denburgh and Nancy Coleman) and Chair of the Transparency Project, said the settlement was an “important victory for Santa Monica.”

“It is about time that the law is enforced. Unfortunately, residents had to do the enforcing because the City Attorney has refused to do so,” Marlow said. “The City has much greater investigative powers and resources than we do. Now that we have shown Oaks is alive and well, we expect the City to do its job.”

Oaks forms the backbone of the City’s anti-corruption and conflict-of-interest laws. It helps ensure that the decisions of the City’s public officials are made solely for the benefit of the public by prohibiting public officials from accepting campaign or personal benefits, including employment, from a company for a specified period of time after the official approves a public benefit for the company.