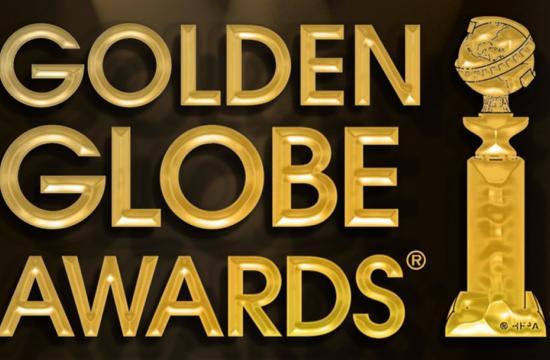 “Carol,” the story of a budding romance between two women in 1950s New York, earned a leading five nominations today for the 73rd annual Golden Globe Awards, including a nod for best picture and competing best actress bids for co-stars Cate Blanchett and Rooney Mara.

The film was nominated for best dramatic motion picture along with “Mad Max: Fury Road,” “The Revenant,” “Room” and “Spotlight.” For comedy/musical motion pictures, nominations went to “The Big Short,” “Joy,” “The Martian,” “Spy” and “Trainwreck.”

In addition to its nominations for best drama and actress for Blanchett and Mara, “Carol” also received nods for best director for Todd Haynes and best original score for Carter Burwell.

Joining Blanchett and Mara in the best drama actress category were Brie Larson, for her portrayal of a woman held captive with her son in “Room,” Saoirse Ronan for “Brooklyn” and Alicia Vikander for “The Danish Girl.”

Will Smith, who was snubbed on Wednesday for a Screen Actors Guild nomination, scored a best-actor nod from the Hollywood Foreign Press Association today for his role as a doctor taking on the NFL in “Concussion.” He will face stiff competition against Leonardo DiCaprio of “The Revenant,” Bryan Cranston for “Trumbo,” Michael Fassbender for the title role in “Steve Jobs” and Eddie Redmayne for his cross-dressing turn in “The Danish Girl.”

Jennifer Lawrence, who was also snubbed by SAG, was nominated for a Golden Globe for best actress in a motion picture comedy or musical for “Joy,” although the film’s classification as a comedy was questioned by some pundits, as was the placement of “The Martian” in the comedy categories, with Matt Damon earning a best actor nod.

Lawrence will square off with Melissa McCarthy of “Spy,” Amy Schumer of “Trainwreck,” Maggie Smith for “The Lady in the Van” and Lily Tomlin for “Grandma.”

Along with Damon, nominations for best comedy/musical actor went to Christian Bale and Steve Carell for “The Big Short,” Al Pacino for “Danny Collins” and Mark Ruffalo for “Infinitely Polar Bear.”

Sylvester Stallone was nominated for best supporting actor for his return to the role of Rocky Balboa in “Creed.” Idris Elba was also nominated in the category for his performance in Netflix’s African war drama “Beasts of No Nation,” as were Paul Dano for “Love & Mercy,” Mark Rylance for “Bridge of Spies” and Michael Shannon for “99 Homes.”

Alicia Vikander, in addition to her best actress nod for “The Danish Girl,” also received a supporting-actress nomination for her work as a self- aware robot in “Ex Machina.” She will compete with veteran actress Jane Fonda of “Youth,” Jennifer Jason Leigh of “The Hateful Eight,” Helen Mirren of “Trumbo,” Alicia Vikander of “Ex Machina” and Kate Winslet of “Steve Jobs.”

Oscar winner Alejandro G. Inarritu, who lost out on a Golden Globe last year for directing “Birdman,” was nominated for best director again this year for “The Revenant.” In addition to Haynes for “Carol,” nominations also went to Tom McCarthy for “Spotlight,” George Miller for “Mad Max: Fury Road” and Ridley Scott for “The Martian.”

McCarthy was nominated along with Josh Singer for their screenplay for “Spotlight,” which tells the story of The Boston Globe’s investigation into sex abuse by priests. Quentin Tarantino was also nominated for the screenplay of his Western “The Hateful Eight,” along with Emma Donoghue for “Room,” Aaron Sorkin for the biopic “Steve Jobs” and Charles Randolph and Adam McKay for the housing-bubble tale “The Big Short.”

“The Hateful Eight” and “Steve Jobs” also earned original score nominations for Ennio Morricone and Daniel Pemberton, respectively. Also nominated were Burwell for “Carol,” Alexandre Desplat for “The Danish Girl” and Ryuichi Sakamoto and Alva Noto for “The Revenant.”

Nominations for best animated feature went to “Anomalisa,” “The Good Dinosaur,” “Inside Out,” “The Peanuts Movie” and “Shaun the Sheep Movie.”

The Golden Globes are often touted as an indication of how Oscar nominations will go, but the record is mixed. Since the Hollywood Foreign Press Association adopted the split drama/comedy-musical format for the Golden Globes in 1963, 65 percent of the films that ended up with best picture Academy Awards had first received a Golden Globe.

The Golden Globe drama winner has gone on to win best picture 27 of 52 times — or 52 percent. The musical/comedy winner has won seven times at the Oscars, including each of the first three years.

In January, the Golden Globe for best drama went to “Boyhood.” The Oscar for best picture ultimately went to “Birdman,” which was nominated in the comedy/musical category at the Golden Globes, losing to “The Grand Budapest Hotel.”

On the television side of the awards, best drama nominations went to “Empire,” “Game of Thrones,” “Mr. Robot,” “Narcos” and “Outlander.” For comedies, the nominations broke some ground by nominating “Casual,” the first nominee produced by the Hulu streaming service. Also nominated were Amazon’s “Mozart in the Jungle” and “Transparent,” Netflix’s “Orange is the New Black” and HBO’s “Silicon Valley” and “Veep.”

Jon Hamm scored a best drama actor nomination for his work in the farewell season of “Mad Men,” although the series itself wasn’t nominated. Last year’s drama actor winner, Kevin Spacey of “House of Cards,” wasn’t nominated either, with nods going instead to Rami Malek of “Mr. Robot,” Wagner Moura of “Narcos,” Bob Odenkirk of “Better Call Saul” and Liev Schreiber of “Ray Donovan.”

Emmy winner Viola Davis was nominated again for best drama actress for “How to Get Away with Murder.” Spacey’s “House of Cards” co-star Robin Wright was also nominated, as were Caitriona Balfe of “Outlander,” Eva Green for “Penny Dreadful” and Taraji P. Henson for “Empire.”

Gina Rodriguez, a surprise winner last year for best comedy actress for “Jane the Virgin,” was nominated in the category again, along with Emmy winner Julia Louis-Dreyfus for “Veep,” Rachel Bloom for “Crazy Ex- Girlfriend,” Jamie Lee Curtis for “Scream Queens” and Lily Tomlin for “Grace and Frankie.”

Best comedy actor hopefuls are Aziz Ansari for “Master of None,” Gael Garcia Bernal of “Mozart in the Jungle,” Rob Lowe for “The Grinder,” Patrick Stewart for “Blunt Talk” and last year’s winner, Jeffrey Tambor for “Transparent.”

Here is a complete list of nominations announced today for the 73rd annual Golden Globe Awards:

Best Actor in a Motion Picture, Musical or Comedy

— Idris Elba, “Beasts of No Nation”

— “Writing’s on the Wall,” Spectre

— “Mozart in the Jungle”

— “Orange Is the New Black”

— Viola Davis, “How to Get Away With Murder”

— Aziz Ansari, “Master of None”

Best Supporting Actress in a Series, Limited-Series, or TV Movie

Best Supporting Actor in a Series, Limited-Series or TV Movie

Best Actor in a Limited-Series or TV Movie

Best Actress in a Limited-Series or TV Movie