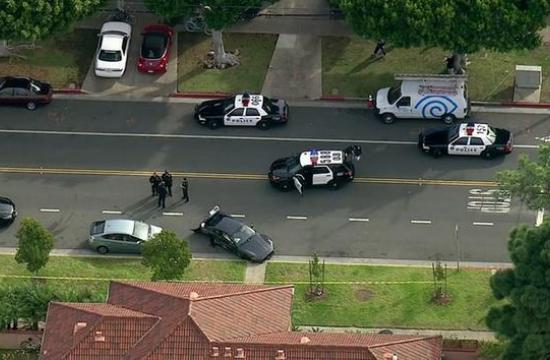 A knife-wielding carjacker in a stolen Maserati led police on a 10-minute car chase on Christmas Eve that began in West Los Angeles and ended in Santa Monica, where he crashed the car into other vehicles and tried to flee the scene on foot.

The suspect, armed with a knife, snatched the luxury vehicle from a motorist in the 2300 block of South Sepulveda Boulevard, according to Officer Mike Lopez of the LAPD’s Media Relations Section.

Officers, hearing the radio call about 11:15 a.m., spotted the vehicle and began the car chase, which ended in the area of California Avenue and 16th Street in Santa Monica, where the carjacker hit some parked vehicles and tried to flee on foot, Lopez said.

The suspect, who suffered some minor, non-life-threatening injuries, was taken into custody after a brief foot pursuit, he said.

The condition of the Maserati owner was not immediately known.