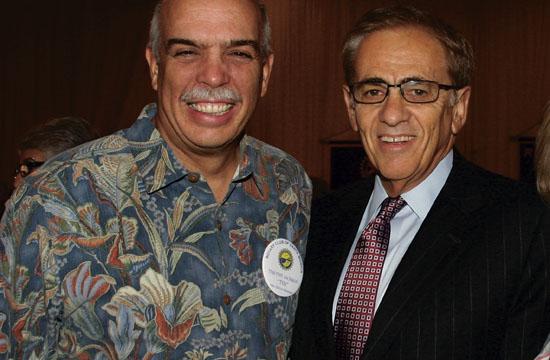 When RAND Corporation’s Michael Rich last visited the Rotary Club of Santa Monica more than a half-decade ago, he reported on RAND’s global expansion and early days in Santa Monica.

But today, as the fifth chief executive officer and president of the nonprofit, nonpartisan research institution, Rich has a few more things keeping him up at night: his 2,000 employees.

“My concern is that it is getting harder and harder to have their voices heard in today’s rancorous political climate,” he said.

Rich couldn’t have emphasized RAND’s objectivity more at his talk Friday, Dec. 11. That neutrality is the lifeblood of RAND’s mission and purpose, and it’s one increasingly lacking in the two-parties political system.

RAND exists to aid policy decisions in the most important problems – the ones that affect the most people – made with the best available evidence. That core purpose, as Rich called it, is getting a lot harder these days as it once was. For this, we can blame partisan politics. Without any overlap or common ground between the two parties, public interest can be swayed and compromised.

RAND combats this with facts, helping to improve decision- and policy-making through rigorous and objective research and analysis.

How do RAND researchers, analysts, and employees keep this objectivity at the forefront of their work? It’s through scrupulous peer review and bias screenings, Rich said. And by publishing this work online for free, RAND ensures that the public is involved with the findings, as well.

He quoted Justice Louis D. Brandeis, saying, after all, “Sunlight is the best disinfectant.”

“Project RAND” was originally created at the request of Army Air Corps officials in 1945 to assist the U.S. military with the new technologies and strategies developed during World War II and to tackle future issues. It began in Santa Monica as a unit of the Douglas Aircraft Company, and in May of 1948, RAND became an independent, non-profit located at 4th and Broadway.

Funding for RAND’s work comes from a variety of sources. About one-third comes from the request of clients, another third from clients to finance research that RAND researchers have come up with, and the final third from the collaborative process of discussing opportunities and problems with a variety of sources. RAND also initiates research that is self-financed from its income from operations, donations, and an endowment created by past donors.

RAND is headquartered at Main Street, with the rest of locations scattered among its four U.S. offices, two European offices, and an office in the Middle East. RAND’s Pardee Graduate School is also located at the Santa Monica location.

About 800 titles are published by RAND each year. They can be accessed by the public on their website, www.rand.org free of charge.