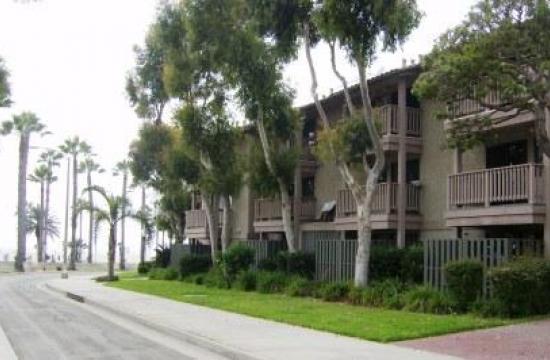 Rents decreased substantially for 75 low-income senior households just in time for the holidays, thanks to the City of Santa Monica, the U.S. Department of Housing and Urban Development (HUD), Goldrich & Kest Industries, LLC (G&K) and Shapell Properties, Inc.

The Neilson Villa affordable housing community located at 3100 Neilson Way completed its conversion to a new operating model this week, a transition several years in the making.

The elderly residents at Neilson Villa average 78.5 years old and live on a median fixed income of $909 per month. Prior to the conversion, most residents paid 40 to 50 percent of their incomes towards rent and were facing the prospect of additional rent increases. The Santa Monica Housing Authority (SMHA) rental subsidies provided to residents resulted in a median savings of $215 per month, which translates to a 50 percent increase in discretionary income. This big savings for the seniors will help them to pay for food, clothing, medical costs, transportation and other basic household needs.

“The City of Santa Monica is proud to participate in this partnership,” said Andy Agle, Housing and Economic Development Director. “As a result of our efforts, seniors living on very-low fixed incomes are getting a break on rents and the property is guaranteed to remain a community resource for another 55 years.”

“Until that moment (when leases were distributed), no one believed 100 percent that it was going to happen,” said Igor Kokarev, chair of the Neilson Villa tenant association. “People met me in the backyard and asked ‘Igor are you sure the City will do this?’ When they saw the rent decreases in the new (lease) agreements, they wanted to celebrate. I wrote Councilmember Kevin a letter twice with gratitude from the tenants.”

Originally financed in 1976, Neilson Villa’s upcoming HUD Section 236 mortgage expiration created an opportunity for the City and Neilson Villa owners Goldrich & Kest and Shapell to develop a long-term affordability plan for the property and the residents. In late August, Santa Monica City Council approved an agreement to secure 55 years of affordability, establish an affordability reserve, and proceed with rehabilitation of the Neilson Villa complex. Agle emphasized the value achieved through this deal. “At a time when redevelopment resources are no longer available to the City, this agreement leverages HUD’s rental subsidies with our local administration to create both immediate and lasting housing affordability.”

SMHA staff qualified 75 households and G&K processed new leases during the month of October. The new rents started in November. Moving forward, vacancies will be filled from the SMHA waitlist.  “Our Housing Authority team was incredibly devoted to this task,” said Barbara Collins, Housing Manager. “They doubled workloads to deliver the lower rents as soon as possible, making it a very happy holiday for the residents of Neilson Villa.”

“Our goal to retain affordable housing at Neilson Villa was met through the hard work of our staff at G&K Management Co., Inc. and the dedicated staff at SMHA,” said Michael E. Drandell, CPA, Chief Operating Officer at Goldrich & Kest Industries, LLC. “This agreement allows existing and future residents to benefit from the HUD subsidies, and helps the City of Santa Monica meet its low income housing goals.”

In addition to SMHA and G&K, the Legal Aid Foundation of Los Angeles was also involved with the project. Legal Aid worked with individual tenants to answer questions and address concerns during the process.