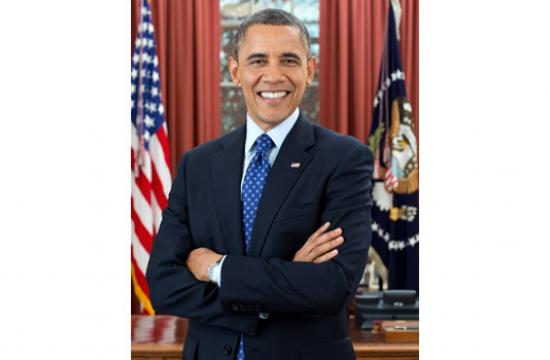 “It was so moving for Michelle and myself in part because it was so representative of the country,” Obama told reporters in a classroom at Indian Springs High School around 11 p.m., after completing the meeting.

Obama said the meetings, that lasted 90 minutes longer than scheduled, were inspiring.

“As difficult as this is for them and the entire (country), they also represent the strength and the unity and the love that exists in this community,” Obama said. “Despite the pain and the heartache that they’re feeling, they could not have been more inspiring.”

Obama said many of the families of the victims had asked how to prevent similar shootings in the future.

After meeting with families of the 14 people killed in the shooting, including a Los Angeles man and a Santa Ana woman, Obama thanked a group of area first responders and law enforcement professionals, including individuals who responded to the incident, according to White House Principal Deputy Press Secretary Eric Schultz.

Following Obama’s approximately three-minute address to reporters, the presidential motorcade headed back to the airport at 11:02 p.m., arriving at 11:07 p.m. Obama quickly boarded Air Force One, which soon departed for Hawaii, where the family will spend the Christmas holiday.

Air Force One touched down at San Bernardino International Airport at 7:34 p.m. The president and first lady soon descended the plane’s stairs.