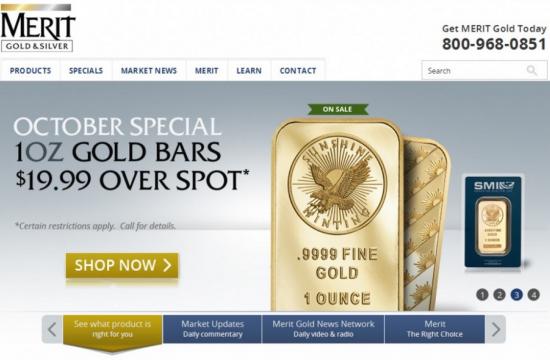 The Santa Monica City Attorney’s Office has obtained a $2 million court judgment against precious metals dealer Seacoast Coin, Inc., formerly doing business as Merit Financial and Merit Gold and Silver. Merit was based in Santa Monica but did business throughout the U.S.

The case is the third brought by Santa Monica’s Consumer Protection Division against national gold coin dealers in recent years. All three cases have revolved around the same claim: that consumers were tricked into buying overpriced gold and silver coins, through misleading sales tactics.

— Bait and switch: Advertising gold bullion on TV at 1% over cost, then when consumers called a toll-free number, aggressively switching them into buying non-bullion coins at around 20% to 40% over cost.

— False sales tactics: Telling consumers that non-bullion coins were better than bullion due to their tax advantages, greater “privacy,” or greater investment value, when all of these claims were false.

Another tactic Merit allegedly used to switch consumers away from bullion was claiming that non-bullion coins could not be “confiscated” by the government, while bullion could be. This is a common claim in the gold coin industry. The truth is that the government can’t confiscate any kind of gold under current law.

“The gold coin industry is unregulated – it’s like the Wild West,” said Adam Radinsky, Santa Monica’s Chief Deputy City Attorney for Consumer Protection. “These businesses don’t need licenses and they aren’t bonded. Consumers often feel embarrassed and hopeless with no place to turn for help, even after being scammed out of huge amounts of money.”

Gold has become a popular investment in recent years, with individuals often spending $50,000, $100,000, or even much more. Many dealers use high-pressure boiler-room tactics to push non-bullion coins, while claiming to give out expert investment advice to unsuspecting consumers.

Many of Merit’s customers rolled over their 401(k) and other retirement accounts into gold. The lawsuit alleged that after being talked into buying Merit’s overpriced “proof” gold coins for their IRAs, these consumers saw their investment accounts drop in value 25 percent or more overnight.

On August 5, 2014, while the case was pending in court, Merit abruptly went out of business. The company’s unwinding was assigned to a third-party trustee.

Before it went out of business, Merit was one of the nation’s largest precious metals dealers. It spent millions on national TV ads promoting the sale of gold and silver coins.

“With Merit no longer operating, our goal in this case was to get as much money as possible back to consumers,” said Radinsky.

The judgment was part of a final settlement of the City Attorney’s false advertising lawsuit against Merit. The lawsuit also named as defendants the company’s co-owners, Peter Epstein and Michael Getlin.

The lawsuit was filed in February 2014 in Santa Monica Superior Court. The City Attorney brought suit under California’s Unfair Competition Law, which protects consumers from false advertising, fraud, and other unlawful business practices. As part of the settlement, defendants Peter Epstein and Michael Getlin will be dismissed.

— The company paid an additional $75,000 to fund the cost of administering restitution to customers.

This case marks the third time in recent years that the Santa Monica City Attorney has taken a national gold coin dealer to court for deceiving consumers. In 2012, Santa Monica obtained judgments against Goldline International and Superior Gold Group, both of whom were using false sales tactics similar to Merit’s to push non-bullion coins.

Goldline agreed to give more than $5 million in refunds and to a sweeping injunction; its practices are still being scrutinized by a court-appointed Monitor. Superior Gold was shut down, placed under receivership, and ordered to pay $2 million in restitution to customers. Its former owner still faces federal criminal charges stemming from the company’s operation.

“Santa Monica, for whatever reason, has been the hub of the U.S. gold coin industry,” said Radinsky. “We’ve had many of the nation’s largest dealers based here. Until federal laws are passed to protect consumers of gold coins, we’ll use all laws at our disposal to crack down on deceptive practices – and hope that other jurisdictions follow suit.”

The settlement was reached on the eve of trial, as Radinsky, along with Deputy City Attorney Gary Rhoades and Consumer Specialist Paula Rockenstein, were putting the final touches on the City Attorney’s trial preparation.