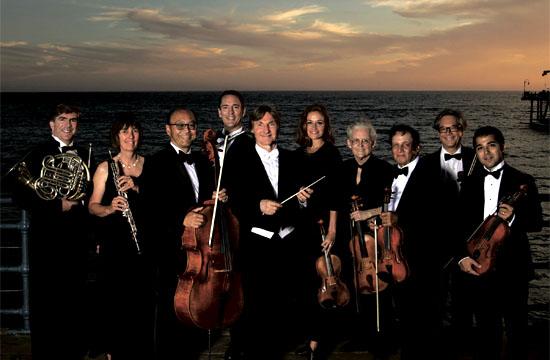 The Santa Monica Symphony continues its 71st season of free classical music concerts for the community tomorrow night, Saturday, Dec. 12 at 7:30 pm in Barnum Hall, on the campus of Santa Monica High School.

In response to audience requests for more “pops” programming, Maestro Lamell and the Symphony will mix popular works with classical in a concert that celebrates heroes.

Saturday’s program ranges from Elmer Bernstein’s iconic “Theme from The Magnificent Seven” to a trio of John Williams favorites to the epic “Eroica Symphony” of Ludwig Van Beethoven.

The Symphony remains committed to presenting challenging works from the classical repertoire with the centerpiece of Saturday’s concert, Beethoven’s groundbreaking Symphony No. 3 “Eroica.”

The “Eroica” was the first symphony to delve into the complexity and power of human emotion,” said Lamell, “and it changed the world of classical music. This powerful and eloquent work is a beautiful way to celebrate the holidays.”

“Holidays are about celebration,” continued Lamell, “and with the latest installment of the Star Wars series opening this month, I thought we should go with the flow and make it part of our holiday celebration.”

Along with the “Star Wars Suite for Orchestra” the Symphony will perform two other acclaimed works by John Williams, “Theme from Jurassic Park” and “Superman March.”

“I think of John Williams as one of the great composers of our time,” declared Lamell, “and I know that his music will never fade away.”

“However,” said Lamell, “there are many other wonderful composers and heroic themes and I’ve chosen to include one other, Elmer Bernstein’s ‘Theme to the Magnificent Seven.’”

Lamell and the Symphony open tomorrow night’s concert with this piece, the most emblematic of all western themes, familiar to most as the music from Marlboro commercials.

Before Saturday night’s concert gets underway, a pre-concert lecture by musician and conductor Stephen Karr is offered at 6:30 pm.

As with all Santa Monica Symphony concerts, admission is free and ticketless.

Parking is available at the Santa Monica Civic Auditorium lot or in the colorful Civic Center Parking Structure at 4th St. and Olympic Blvd.

The Symphony’s next concert honors the life and legacy of Dr. Martin Luther King with a special tribute to Marian Anderson, Saturday, Jan. 16 at 2:30 pm at the SGI auditorium in Santa Monica.