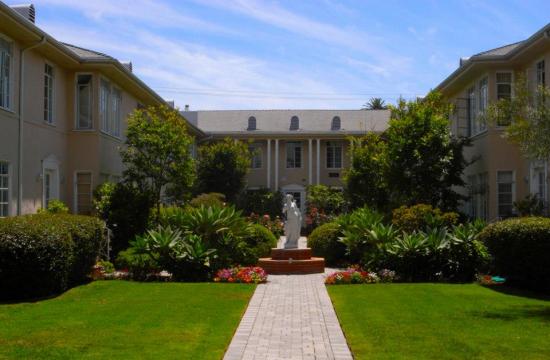 While the Landmarks Commission will draft a supplemental ordinance over the next few months and the City Council will give final legislative approval (a formality) 30 days from now, San Vicente Blvd between Ocean Avenue and 7th Street will henceforth be known as The San Vicente Boulevard Courtyard Apartments Historic District.

A few months ago residents of the neighborhood formed the Historic San Vicente Coalition to work towards the preservation and protection of the area’s unique lifestyle.

This was a grassroots effort by volunteers from throughout the community who came together for monthly meetings and staffed festive and informative sign-up tables on the street.

“It is rare in Santa Monica to receive the unanimous support of every neighborhood association and the endorsement of the Landmarks Commission, SMart, SMRR, the Housing Commission and other organizations. However we did for this treasure trove of iconic architecture,” stated HSVC co-chair Diane Miller.

“I’m honored that I was able to work with such a dedicated group of people to preserve and protect the essence of a beautiful neighborhood that’s been my home for almost 35 years,” Brock said.