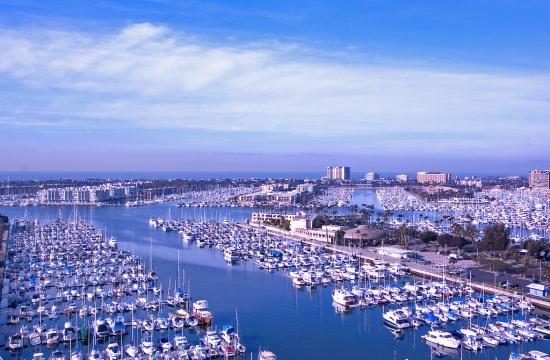 A San Diego man was charged today with capital murder for allegedly gunning down a teenage girl in the parking lot of a Marina del Rey shopping center in what may have been a botched robbery involving marijuana.

Cameron Anthony Frazier, 21, was ordered to be held without bail while awaiting arraignment Feb. 3 at the Airport Branch Courthouse in Los Angeles in connection with the Jan. 6 death of 17-year-old Kristine Carman.

The murder charge includes the special circumstance allegation of murder during the commission of a robbery, along with an allegation that Frazier personally and intentionally discharged a handgun.

Prosecutors have yet to decide whether to seek the death penalty against Frazier, who was arrested Monday by members of the FBI Fugitive Task Force outside his residence in Vista.

Along with the murder count, Frazier is charged with two counts of attempted second-degree robbery involving two other alleged victims.

The victim lived in Houston, Texas, and was visiting relatives in the Southland at the time of the shooting, according to authorities.

The teen was shot to death during a robbery attempt while she sat in an SUV with two other people at the Villa Marina Marketplace mall, according to Deputy District Attorney Keri Modder.

Following the shooting, the person behind the wheel drove across the parking lot, stopping in a parking space outside a Panda Express, where the girl was ultimately found dead.

The suspect fled the location in a dark-colored SUV, possibly heading toward the Marina (90) Freeway, police said.

Lacey Carman of Marina del Rey wrote on Facebook that Kristine was her sister. She said she was the one driving the vehicle her sister was in, and that “my sister was just murdered in front of me in a robbery gone wrong.” Her sibling, she wrote, was “beautiful smart and undeserving” of the fate that befell her.

“I pray that God is real and holding my sisters hand right now. I pray that you never have to feel this pain or this self loathing,” she said.

Police have repeatedly declined to comment on a CBS2 report that the shooting may have been prompted by an alleged attempt by Lacey Carman’s boyfriend to sell two pounds of marijuana.