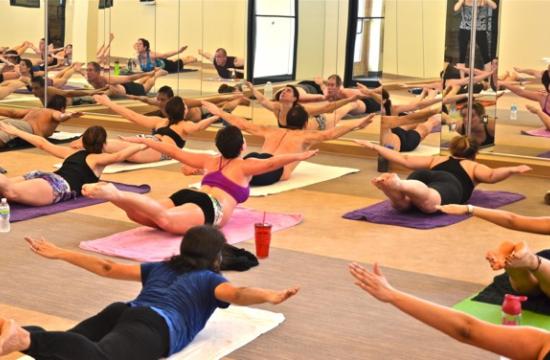 A jury today awarded $6.47 million in punitive damages to a former attorney for the founder of Bikram Yoga, who alleged she was harassed and punished for speaking out against harassment of women in the workplace.

The Los Angeles Superior Court panel deliberated about two hours before reaching its verdict in favor of Minakshi Jafa-Bodden. On Monday, the same panel awarded her $924,554 in compensatory damages, finding that she was subjected to harassment, discrimination and retaliation by Bikram Choudhury.

In Monday’s verdict, the mostly female jury also found Choudhury acted with malice, which set up the second phase of trial to determine whether the plaintiff should be awarded punitive damages.

The jury foreman said all of the panel members discussed the issues fully in reaching their decisions, but he declined further comment.

Choudhury’s attorney, Robert Tafoya, said he had no comment.

In his final argument in the punitive damages phase, plaintiff’s lawyer Mark Quigley today urged the jury to send Choudhury a message with a large award.

"His conduct shocked me," Quigley said of Choudhury. "He thinks that he can do whatever he wants to do. It’s like a cancer, it’s ridiculous."

Choudhury, 69, testified today that his company has made little money the last three years and that he has been close to bankruptcy.

He said that although he has a garage containing about 30 to 40 luxury cars, he put many of them together with spare parts from other vehicles and has arranged to donate them to the state and to charity.

Quigley urged the jury to disbelieve Choudhury’s claims of financial problems and to send him a message that his behavior toward women will not be tolerated.

"This guy will do anything," Quigley said. "He is sick, shut him down, he’s out of control."

Lawyers for Choudhury and his yoga companies urged the panel not to award any punitive damages, saying their clients had been punished enough.

Choudhury’s lawyers said Jafa-Bodden lost her job in 2013 because she did not tell her boss she wasn’t licensed to practice law in California.

They also maintained she worked for a law firm and that neither Choudhury nor the college employed her, even though she testified he gave her office space, supplies and yoga college business cards.

Choudhury teaches the "hot yoga" technique in which sessions are conducted in temperatures that often are above 100 degrees.