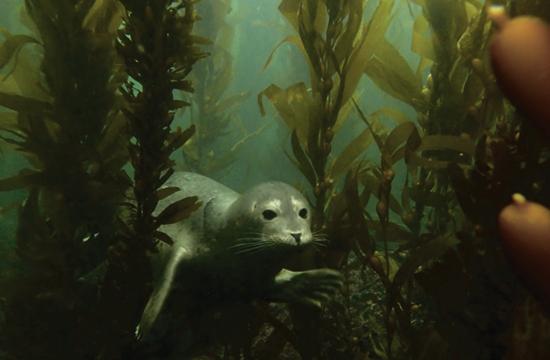 The quinquennial report revealing the condition of Santa Monica Bay has just been released, and while things are on the improve since the 1980s and 90s, officials say that there is still work that needs to be done.

The State of the Bay 2015 (SOTB) report, is produced by the Santa Monica Bay National Estuary Program (SMBEP) as a science-based comprehensive assessment of the environmental conditions of Santa Monica Bay and its watershed.

According to the SMBEP, the report’s primary goals are: to measure progress in restoring the Bay’s natural habitats and resources, to educate the public about the Bay’s valuable natural resources, and to identify the challenges facing scientists and managers charged with the protection and management of the Bay and its watershed.

The major finding of the new report is that the water quality and habitat values for wildlife in Santa Monica Bay have improved since the 1980’s to the early 1990’s, stated Tom Ford, Executive Director of The Bay Foundation.

“This means the Bay is a cleaner more productive environment that is benefiting people, 1,000’s of species and our coastal economies,” Ford said. “Santa Monica has been a leader in many of these efforts; the City staff and residents should be proud of the improvements realized through the hard work and investments.”

That said, new regulations require that the City control or limit the pollution resulting from stormwater, he added. “To accomplish this there will be major investments in projects throughout the city to address stormwater.”

Santa Monica residents play a large part in the state of the Bay, and can get involved in improvement efforts by following the meetings of the Santa Monica Clean Beaches and Ocean Parcel Tax Citizen Oversight Committee where these projects are discussed, Ford said.

It’s important that all Santa Monicans pay attention to the impacts that we all have on the Bay’s ecosystem and environment, he added. “We can all maintain our properties or residences in ways that reduce pollution, that is, no over watering, smart use of household and outdoor chemicals, no littering, and shopping at stores and restaurants that are committed to green practices,” Ford explained.

Human population growth has also increased the human-derived nutrient loading into the ocean as part oftreated wastewater, the report found. “With approximately 225 million gallons/day discharged from the Hyperion outfall alone, our nutrient contributions to the ocean are almost equivalent to what the ocean brings into the Bay naturally…Preventing harmful algal blooms and finding innovative solutions to nutrient loading in the Bay continue to be a major goal.”

The State of the Bay Report is authored by a Technical Advisory Committee chaired by Prof. Richard Ambrose, UCLA Institute of the Environment and Sustainability and Department of Environmental Health Science.

The report “is the clearest view yet of the condition of the natural resources in Santa Monica Bay… and provides a scientific foundation for ongoing and future efforts to protect and enhance the Bay,” Ambrose said.

The report prioritizes the next decade of work for my team and our partners, it’s a wonderful resource and I’m greatly appreciative of all the effort that went into its publication, he stated.

A new assessment framework was used for the report that can be applied to all major types of habitats in the Bay in a consistent manner, across four indicator categories that help determine habitat health:  extent, vulnerability, structure and disturbance, and biological response.

“What stands out to me is the clear connection that a science based approach to understanding environmental issues can lead to successful projects,” Ford said.

The report celebrates progress in categories such as water resources management and improving habitat conditions as a result of restoration efforts. It also examines the work still to be done in these areas, and identifies emerging issues that need to be tackled in the next five years.

The state of the Bay’s beaches were highlighted in the report, with the following summarized conclusions drawn:

• Levels of harmful bacteria found on beaches in Santa Monica Bay have been greatly reduced during dry weather conditions due to municipalities’ efforts to reduce runoff and improve water quality.

• Beaches as habitats are greatly impacted due to human traffic and beach grooming. To achieve greater protection for our coast and to improve habitat values we need to expand efforts to restore our beaches. Accordingly, best practices for Santa Monica Bay beaches will continue to be a high priority for the SMBNEP.