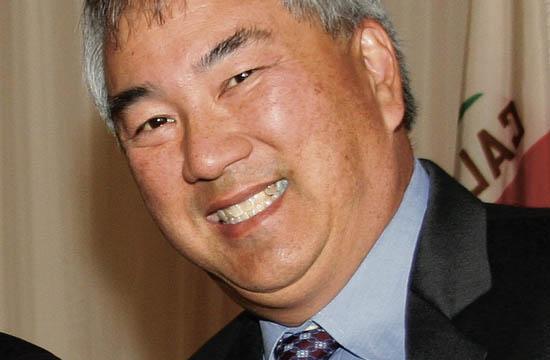 To put these statistics into perspective, Ronald K. Loo, MD, regional chief of urology of Southern California Permanente Medical Group, spoke to the Rotary Club of Santa Monica last Friday about the cutting edge developments occurring in prostate cancer, including the controversy of prostate screenings and robotics surgery.

Loo, who oversees 120 urologists nationwide and has more than 40 years’ experience, is well-versed in the ongoing debate shrouding prostate and breast cancer screenings.

With about a quarter of a million new cases diagnosed each year, most patients can be cured, and it’s an inexpensive blood test followed by a biopsy that can help detect prostate cancer, according to Loo. So, what’s the problem?

“In 2012, the U.S. Preventive Services Task Force, a governmental recommendation agency, said you shouldn’t do prostate cancer screenings for men at any age,” Loo, who is also the brother of Santa Monica Rotary Club President Tom Loo, said. “And indeed, since that’s come out, there’s been a 25-30 percent drop in the number of men who are screened for prostate cancer across the country.”

Loo shared his theory on why the agency would prescribe such an “outlandish recommendation.”

“Their thinking was that screenings offer a minimal survival benefit for the patients being treated, and that the harms vastly outweigh all the benefits, either through the biopsy or through radiation and surgery, etc.”

Since the Prostate-Specific Antigen (PSA) Test was invented around 1990, Loo said that there has been a 30 percent decline in the number of patients who have died of prostate cancer.

From a public health perspective, in the three years since the U.S. Preventive Services Task Force’s recommendation was released, six new prostate cancer drugs have come out, Loo explained, and they work, he said, at a cost of about $9,000 a month. Now, it has become a problem of over-treating, not over-diagnosis, he added.

“Not finding this cancer is not the issue, really,” Loo continued. “It’s what you do with the patients once you’ve found the cancer that’s going to make the biggest amount of difference, and that’s where the evolution of prostate cancer is occurring right now due to the economics.”

The chief of urology offered more advice on the prospects of prostate cancer. First, if you’re of average risk and decide you want to be screened, start at the age of 50 and continue through 69.

“If you’re higher risk – if you’re African American or have first-degree relative who’s got prostate cancer – then you start at the age of 45,” he said.

Everything recommended for a healthy heart works to help reduce your risk of prostate cancer, according to Loo; diets that are rich in red foods, like tomatoes and watermelons, and foods that have isoflavones in them, like green tea and tofu. Eat more fish rich in omega-3 fatty acids, eat less in animal fats, and stop smoking, he said.

“If you’re between 50 and 70 please consider getting tested. If you have a higher risk, consider 45. If you do need treatment, if you have an aggressive type of prostate cancer, you need to get treatment performed at a high volume center that does a whole lot of prostate cancer surgery and radiation therapy, and they need to have transparent outcomes,” Loo explained.

Finally, consider the orgasm. Researchers from Harvard Medical School Men found that having one orgasm a day could significantly reduce a man’s chance of developing prostate cancer by 22 percent.

To learn more about the organization