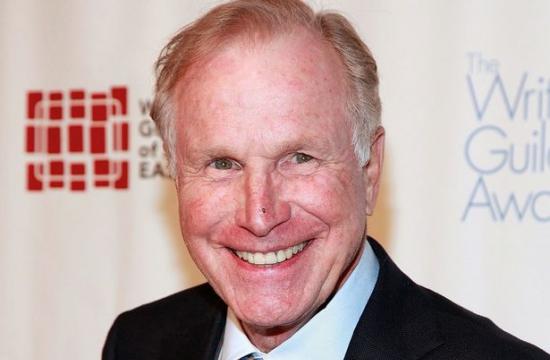 A lawsuit filed against the late Wayne Rogers by a onetime actress who says the former “M*A*S*H” star fathered her son and shirked his support obligations will continue despite the actor’s death, an attorney for the woman said.

Naud, 55, who had roles on such TV shows as “Happy Days” and “Operation Petticoat,” alleges breach of contract, fraud, concealment and false promise.

He said a judge is scheduled to hear a motion March 10 to determine paternity. Rogers and Naud had a written agreement for support in which the actor agreed to take a paternity test within 30 days of a demand by her lawyers, according to Haney.

A demand was made on Rogers months ago, Haney said. The agreement states that if Rogers refuses or fails to take the test, he is deemed to be Calabrese’s father, according to Haney.

“We are confident that we will prevail,” Haney said.

“Wayne was a fantastic actor and an incredibly smart and honorable businessman,” Freedman said. “Let’s hope that this plaintiff understands decency.”

According to the complaint, Naud and Rogers met at a celebrity tennis tournament in 1978 and began a relationship that lasted until 1985, when she became pregnant with their son.

The suit alleges Rogers, who was married in 1988 to Amy Hirsch, “hid his relationship with Naud and his son’s existence from his wife … and pretended as if his son did not exist.

“Rogers also begged Naud to keep their son’s identity a secret as Rogers explained that his wife, Hirsch, would go crazy if she knew he had a child, as Hirsch desperately wanted a child, but could not as Rogers had a vasectomy before his marriage with her,” the plaintiff claims.

Rogers said he would cooperate to work out a support agreement for Luigi, but negotiations were difficult and a written agreement was not attained until May 1993, according to the plaintiff.

Naud says Rogers agreed to pay $75,000 immediately and to make subsequent payments for the boy’s general support as well as his college education all the way through graduate school, along with a $1 million life insurance policy.

Rogers insisted the support checks be forwarded to Naud through an intermediary, the cost of which was ultimately absorbed by her, according to the suit.

Naud also married, but her husband died in February 1997, prompting her to ask for additional child support from Rogers for Luigi, the suit says.

Rogers denied the request, but said he would set up a $1 million trust in their son’s name, provide him a home upon the actor’s death and reimburse Naud for eight years he did not pay her child support, according to the complaint.

Luigi was stricken in October 2007 with endocarditis, an inflammation of the heart lining, muscles and valves caused by bacteria, and later had to have open-heart surgery, according to the complaint.

In July 2008, Rogers called and asked about their son’s condition, and Naud told him that a second surgery was pending and that their son would need medical care for life, her suit says.

“After this phone call, Rogers cut off all communication with Naud and his son,” according to the suit.  “In fact, Rogers failed to so much as pick up the phone to speak with Luigi. Rogers viewed his son as damaged goods and a financial liability.”

Despite his condition, Luigi graduated from UCLA in 2012 with a degree in history, but Rogers refused to pay for his education or for the $1 million life insurance policy, according to his mother.

Naud also alleges Rogers understated his income at the time the support agreement was entered when he said he was making $300,000 annually.

Haney said Rogers was scheduled to give a deposition in the case in Florida two days before the actor’s death, but that it never took place.

Freedman said that despite Naud’s allegations, Rogers was a caring person.

“During his life he helped so many people, including those who unfortunately only cared about themselves,” Freedman said. “One would think that, out of respect here, enough is enough, but some people have greed beyond any and all boundaries.”

“M*A*S*H” aired from September 1972 to February 1983. In recent years, Rogers also ran an investment strategy firm and other business interests and was a stock commentator and analyst on the Fox News Channel.