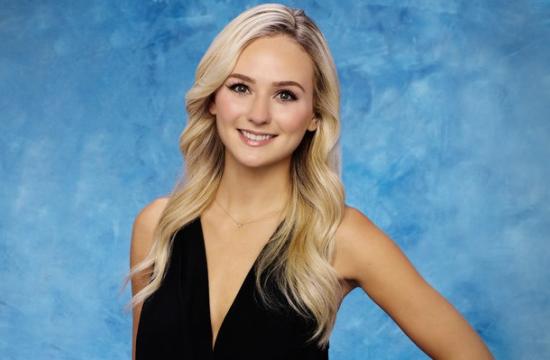 “The Bachelor” begins its 20th cycle at 8 p.m. tonight on ABC, with two women from the Southland among the field of 28 bachelorettes vying for Ben Higgins’ affection.

Lauren Bushnell is a 25-year-old flight attendant from Marina Del Rey who calls dusk her favorite time of the day, described “Home Alone,” “The Departed” and “Titanic” as her favorite movies and said she loves love.

“I wear my heart on my sleeve,” Bushnell said. “I communicate through verbal and physical cues. When I love someone, there is never a question about how much because I will constantly show you and tell.”

Amanda Stanton is a 25-year-old aesthetician from Rancho Santa Margarita and the mother of two daughters. She said “Pride and Prejudice” is her favorite book “because it is such a good love story, but also funny, beautifully written and timeless.”

The field of bachelorettes will be reduced to 21 by the end of the episode.

Higgins, a 26-year-old software salesman who was raised in Warsaw, Indiana, and now lives in Denver, finished third in the 2015 season of “The Bachelorette.” Higgins said that since appearing on”The Bachelorette” adoring fans approach him in restaurants and young women wait outside his house for a chance to meet him.

The season will include “Ride Along 2” stars Ice Cube and Kevin Hart accompanying Higgins and a bachelorette on his first one-on-one date; 12 bachelorettes joining Higgins in a soccer game with members of the 2015 FIFA Women’s World Cup champion U.S. team; another group of 12 bachelorettes performing as the opening act for singer-comedian-celebrity impersonator Terry Fator in Las Vegas; a trip to Mexico City, an appearance by NBA All-Star forward Paul George and some of his Indiana Pacers teammates; and a one-on-one date at Chicago’s Wrigley Field.

“Bachelor Live,” an hourlong after-show will debut at 10:01 p.m. and air for four consecutive weeks afterwards. “The Bachelor” host Chris Harrison will get double duty as host of “Bachelor Live,” which according to ABC will “feature Harrison discussing and dissecting the most recent episodes of ‘The Bachelor,’ alongside cast members and celebrity fans.”‘

“Bachelor Live” will air live in the Eastern and Central time zones and on a delayed basis in the Pacific Time Zone.

Only in the 2013 season the bachelor, Sean Lowe, married the woman to whom he presented the final rose, Catherine Giudici. Jason Mesnick, the bachelor in the 2009 season, married runner-up Molly Malaney.