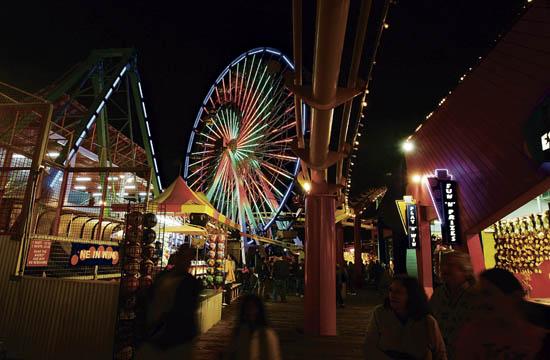 The first reading of a new ordinance, which passed Tuesday night at City Hall with six yes votes, and one abstention, by Councilmember Pam O’Connor, will see the minimum wage for most workers in Santa Monica rise to $15 an hour by 2020 with hotel employees hitting $15.37 an hour by July 1, 2017, a significant jump from the $10 state minimum currently in place for many.

“What’s distinctive that here in Santa Monica, the process has been public and transparent,” Cole stated, calling out Sacramento and Washington as law-making sausage factories, brimming with backroom deals, loopholes and snuck in last-minute amendments.

Fair Wage Santa Monica had attempted to garner support by approaching residents at community events, calling for signatures, according to Cole.

Taking to the dais 10 minutes later, Fair Wage Santa Monica representative Ruben Gonzalez stated that like his tactics or not, 6,500 Santa Monicans signed a petition for a flat $15 for all workers.

Gonzalez’s cries were left unheeded however, as three hours of patting each other on the back ensued, almost all of the 60-plus community speakers, as well as council members, praising the great job of working groups, City Council, and all involved, resulted in an overwhelming final result.

The adopted first reading of the ordinance sees the City staff recommendation of a phased approach apply to all non-union hotel workers, matching the Los Angeles hotel wage by July 2017. The wage will increase to $13.25 per hour on July 1, 2016 and $15.37 on July 1, 2017, followed by annual consumer price index  increases.

Councilmember Sue Himmelrich tried her best to do away with the phased-in approach for hotels with over 100 rooms in an attempt to align with the City’s alternate proposition of matching Los Angeles’ $15.37 wage starting July 1, 2016 for all hotels. She also called for the removal of the surcharge component of the ordinance, which will enable businesses to include extra charges for customers.

Himmelrich’s motions were labelled as “unfriendly” by the passer of the motion and eventually withdrawn.

Young people also asked for the removal of a six-month exemption of the wage increase for young or seasonal workers that is included in the new ordinance, stating that this will see young people and seasonal workers exploited and fired after initial employment periods. The passed staff recommendations include a “learner exemption” that requires employers to pay only 85 percent of the minimum wage for the first 480 hours or six months of employment.

“The high school students really moved me,” stated Councilmember Kevin McKeown, explaining that when he was 18 years old, he was the sole bread winner of his household.

Other sticky issues, such as the number of sick days to be included in the final ordinance, and the wording of surcharges and service charges definitions, have been included in directions to City staff to fine-tune the details with the institution of a balanced working group who will nut-out the “technical issues” as directed by Council.

A round of applause concluded the 3-hour long agenda item, with almost all congratulating each other on the historic achievement of community groups, unions, businesses and workers actually being able to work together in harmony.

“I don’t think that tonight’s proceedings were a kumbaya moment,” Councilmember O’Connor juxtaposed however, calling out City Manager Cole for his diatribe of rhetoric and his challenging of a speaker, stating that his actions were not very “civic”.

Final words from the City pledged to return to Council as soon as possible with a newly-formed working group to complete the finer details.