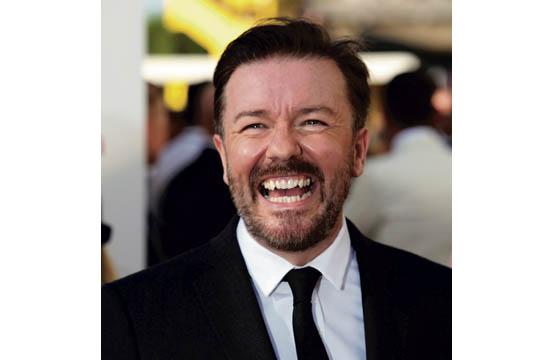 Awards of some kind would probably exist in our society whether the giving and getting of them involved seeking them out or not. We’ve almost moved through a period where we’ve been presenting our children with awards for attendance and best haircut only to then wring our hands and worry that too many awards might changing the next generation’s expectations of life. “What do you mean I’m laid off? I won the office attendance award! Twice!”

Meanwhile, it’s that most wonderful time of the year in Southern California when millionaire actors and directors are simultaneously winning one set of awards while campaigning for all the others. And we share in their fun by, uh, watching the Golden Globe nominees drink, display magnificent bosoms and make randy jests about the very purpose of the evening. Then they ride home in expensive automobiles as the rest of us clean up the potato chip bits on our sofas.

Excellence should get recognition, and even that slender thread is enough to support the notion of award ceremonies.Without these rituals, we’d be doomed to more mediocrity that only had profits as a gauge of “excellence” and “great” would just be part of a slogan on some stupid monkey’s red cap. As a writer I couldn’t agree more with awards for fiction and journalism and playwriting, so I think I’m stuck with accepting the current firmament of show business-related awards and broadcasts.

In the case of writing awards, I was always wondering exactly what the process is that causes one’s work to get consideration. Then a funny thing happened: While I didn’t win an award, I got recognition. One of my plays was cited by a theater critic of a major newspaper as one of the nine best theater events of the year in that state. I didn’t know that the critic had seen the production, so the surprise was exquisite. And it was meaningful. After that, I started to realize that my work could draw recognition and I set my course on continuing the work. I guess you could say I needed that boost.

But our entire society now has a need for the award ceremony template. Schools, corporations, even bowling teams emulate the Oscars when giving out their awards. And the notion of a place called Hollywood-more a dream-like space than a location on a map-is now so necessary to the marketing of goods that to let the award shows collapse like an inflatable yard decoration would be like taking the Super Bowl away from the beer and snack industries.

But you get tempted. The Golden Globes were such a mess of dirty jokes, apathy, and unpreparedness (Denzel Washington couldn’t find a few minutes to write an acceptance speech?) that you just wanted to let the air out, fold it neatly and put it away until next Christmas.

Why wasn’t it an evening of grace and gratefulness? Actors, talented and sensitive as they are, must realize that one of the things regular folks like to believe about Hollywood is that a certain amount of class and dignity exists in the lives of the citizens inhabiting the “Brigadoon”-like citadel we call Hollywood. Knowing that, why can’t Hollywood make an effort to protect its brand when it gets the chance on national television? Millions are spent on campaigning for awards. Then when they are won, it’s a drunken party on the weekend Mom and Dad are out of town…?

Still, I guess we need awards shows. I like the idea that people are out crafting something as multi-disciplinary and expensive as a “major motion picture” and that the potential for honor so hangs over the work that everyone strives to give every dimension their best. Imagine something bigger and more involving than the Motor Trend Car of the Year Award. Maybe we’d get the alternative fuel vehicles we need and they’d be well-constructed.

I’m not a prude. In fact, I’d rather they did not bleep any statements at the Golden Globes, but instead left them in so that the whole family could enjoy the delightful wit of their favorite stars. Knowing that everything is going out to the ticket buyers, maybe we’d get more social concern (Leonardo DiCaprio) and less adolescent poo-poo talk (Ricky Gervais, I hear a clock ticking…). If the term “Hollywood” means that somewhere there lives a dream of life as more sophisticated and more elegant than the lives most of us lead, then shouldn’t the awards shows and their participants act as though that’s the case when the cameras are on? We need that dream, but it also needs us. Please Hollywood, act like you understand that.