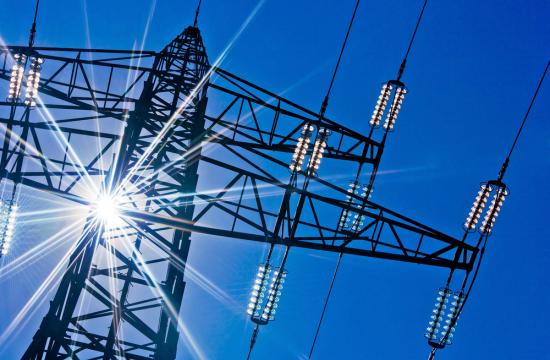 Tom Elias – Special to The Mirror

Here’s the bottom line on the significant but under-publicized retirement of Melanie M. Darling, the California Public Utilities Commission judge who fined a huge utility $16 million late last year for not reporting secret contacts with PUC officials including herself:

The PUC is rid of a major embarrassment, but is still under criminal investigation. Why? Because private phone calls and emails between some of its top officials and executives of Pacific Gas & Electric Co. and Southern California Edison Co. may have fixed the outcome of billion-dollar cases.

It’s not yet known whether the commission has had secret dealings with Sempra Energy, owner of the other two large private utilities it regulates, Southern California Gas Co. and San Diego Gas & Electric Co.

Darling, 63, had multiple phone calls and emails with Edison executives, both reported and not, helping make a laughing stock of the state’s most powerful regulatory board.

None of it was intended as comedy. Darling’s last major assignment was presiding over hearings that saw the PUC force consumers to pay 70 percent of about $4.7 billion in costs associated with the closure of the San Onofre Nuclear Generating Station, 80 percent owned by Edison. SONGS shut down in 2012 following a major blunder by the company.

Neither Edison nor the PUC has ever presented a reason why customers should pay any of those costs, but they are nevertheless stuck to the eventual tune of about $2,300 for every electric meter in the territories of Edison and SDG&E, which owns 20 percent of SONGS.

That decision, it turned out, was first outlined during a secret 2013 meeting in a Polish hotel between an Edison executive and former PUC President Michael Peevey. Darling’s real, unannounced task, then, was arranging the details. Emails between her and Edison executive Russell Worden reveal she began favoring Edison and SDG&E months before the Warsaw meeting. PUC judges like Darling hold hearings and recommend decisions, but only the actual commission can finalize outcomes.

In this case, she and Worden agreed to split hearings on SONGS into three phases, with the first to set the amount consumers would pay and the last determining fault for the plant failure. That’s the reverse of normal, sensible procedure, where blame is assessed before costs are distributed.  One email reveals Darling already knew about the Edison blunder when she set up her process; a later one shows she actually asked Edison whether it thought the proceeding should be reopened after it ended. Naturally, the utility said no and that was that.

So she was a major embarrassment to the commission, which insists she planned for a “long” time to retire on Dec. 25. PUC spokesmen did not answer questions about when Darling gave notice of her rather early “retirement.” She may have been dumped quickly after this column in early December noted the absurdity of her fining Edison for not reporting to the commission contacts with her and others at the commission.

It’s all part of a longtime PUC climate favoring utilities over their customers.

This pattern was obvious for many years, but the extent of relations between the commission and executives of the utilities whose rates and profits it sets was not clear until late 2014. A lawsuit then forced release of 65,000 previously secret and possibly illegal emails between commissioners, staff and PG&E. Further disclosures revealed private contacts with executives of other utilities.

Just as astonishing is the way Gov. Brown and other state officials continue treating the under-investigation PUC as if it’s trustworthy.

Example: When Brown belatedly declared a state of emergency over the ongoing natural gas leak at a SoCal Gas storage facility in Aliso Canyon, about a mile from the Porter Ranch section of Los Angeles’ San Fernando Valley, he assigned investigative functions to the PUC, saying it will “ensure that (SoCal Gas) covers costs…while protecting ratepayers.” Absolutely no recognition there of the commission’s enduring disregard for the wallets of ratepayers, aka customers.

So yes, the PUC needs big change, and a wholesale housecleaning may come if indictments ever emerge from state and federal investigations. Getting rid of one embarrassing second-level official like Darling won’t solve the problem, either for the PUC or the consumers it is supposed to protect – but usually doesn’t.