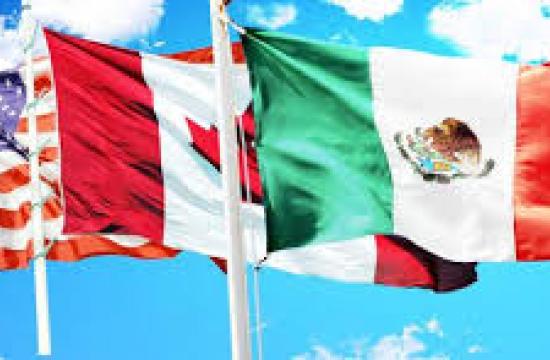 Ask environmentalists and labor union activists about differences between the proposed new Trans-Pacific Partnership and the North American Free Trade Agreement, better known as NAFTA, and they can’t name many that amount to much.

That’s because the TPP, which Congress must vote up or down sometime this spring – no amendments allowed – retains many aspects of NAFTA, including its single worst part. Meanwhile, labor leaders say NAFTA has sent many thousands of jobs out of this country and environmental advocates insist it contributes to global climate change.

But the worst feature is an international tribunal of lawyers from a variety of countries that’s empowered to override some laws of member countries and even to overrule the U.S. Supreme Court.

This means attorneys from Japan, Australia, Malaysia, Singapore, Vietnam, Chile, New Zealand, Peru and Brunei might someday help strike down United States – and California – laws on anything from clean air to labor conditions and movie copyrights.

This has happened before and it’s happening right now. The most prominent previous case involved a Canadian company called Methanex, based in Vancouver, British Columbia, which made and marketed a gasoline additive called MTBE that aimed to cut smog. But MTBE turned out to have noxious odors and taste when it leached from gas station storage tanks into ground water. It also was associated with a higher risk of some cancers.

When California, under ex-Gov. Gray Davis, banned MTBE, Methanex sued in NAFTA’s tribunal and the case was heard in Washington, D.C., far from affected Californians. It took years, and eventually Methanex lost because of MTBE’s health effects, but that case made it clear the day would come when American environmental laws would be overruled by foreign lawyers in the interests of profits for a foreign company.

Something like that did happen later, when another NAFTA ruling cancelled U.S. dolphin-safe labeling regulations for canned tuna because they could impede free trade. In short, because Mexican fishermen are not careful to avoid catching some dolphins in their nets, American rules designed to save an intelligent species died, again at the hands of foreign lawyers less interested in saving a species than dollars for careless Mexican fishermen.

Canadian lawyers are at it again now, using NAFTA to challenge President Obama’s right to cancel the planned Keystone XL pipeline project because it might cost jobs in Canada.

All this represents a major loss of sovereignty for the United States, a loss likely to be felt more sharply in California than anywhere else, because this state’s smog rules are the toughest in the world. What happens when Japanese auto companies tire of adhering to California smog standards and take their case for loose rules to the Trans-Pacific judicial panel? If their lawyers don’t care much about lung disease and premature heart attacks – both associated with dirty air – we can guess what might happen.

No one could be sure this tribunal was even in the treaty until the full text was released last November. The take-it-or-leave-it rules mean that , if Congress votes for this new treaty, it will give up much of America’s hard-won and hard-defended right to determine its own fate in exchange for the right to sell more rice to Japan and somewhat better copyright laws for California film and music companies.

The politicians must now decide whether that’s a good tradeoff. President Obama, who tolerated the ultra-secret Atlanta negotiations that produced the final treaty text, calls it a great deal.

“It’s an agreement that puts American workers first and will help middle-class families get ahead,” Obama said. “It includes the strongest commitments on labor and the environment of any trade agreement in history.” He hints broadly that rejecting this agreement will allow China to dominate trade in Southeast Asia and most of the Pacific.

Don’t believe it. Countries like Vietnam, Australia, New Zealand and Japan don’t want to be dominated by China. Far more likely, they’ll come back for a new negotiation once they see what American objections are – objections apparently not presented forcefully by Obama aides who helped write the draft treaty.

So the recommendation here is a no vote by California senators and representatives, who should also make it plain they do want a tariff-free trade zone like this proposal would establish. Just not at the expense of America’s power to decide its own fate.