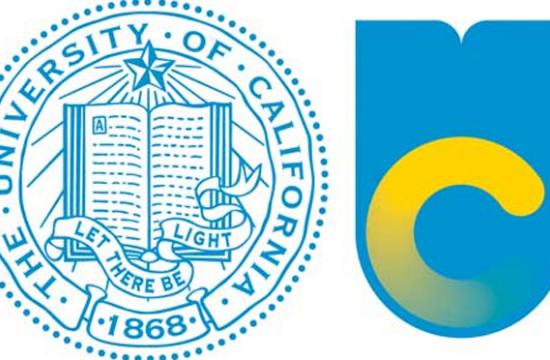 There has been little more than dithering from the University of California and its top officials in the year or so since anti-Semitic episodes on several of its best-known and highest-ranked campuses became well known.

Even faculty members – including some without tenure for whom public protests are risky – complain that the university has “become a breeding ground for hate speech.”

Of course, some hate speech – like the N word or complaints about female Muslim students wearing Islamic hijab head scarves – is punished almost immediately at UC. It’s almost inconceivable that a student vocal in either of those ways would be able to retain a work-study job paid by the university.

But nothing has been done about the steady stream of anti-Semitic campus episodes in recent years. These range from vandalism to discrimination against Jewish students in campus appointments to briefly and sporadically impeding Jewish students’ movements on campus. As a result, Jewish groups early last year demanded that the university adopt the U.S. State Department definition of anti-Semitism as its own. The implication was that once a definition exists, deans and other campus officials will be able to punish anti-Semitic behavior and hate speech.

Even though UC President Janet Napolitano promised in a June radio interview that she would ask the university’s Board of Regents to adopt this policy in July, the subject didn’t arise until September, and then was tabled until November, when a mild statement condemning all hate speech and hateful behavior on campus was proposed. Many regents called that totally inadequate and a committee was named to write a new policy and bring it to the board sometime in the indefinite future.

That’s the very definition of dithering, and while UC dithers, the anti-Semitism continues. There have been Nazi-style swastikas daubed onto fraternities and a class assigned to wear yellow Star of David patches on their clothes like those Jews were compelled to don under Nazi rule in the 1930s and ‘40s.

One work-study student with a job at the UCLA Center for Prehospital Care polluted the Facebook page of three-time UCLA alumna Mayim Bialik, once the star of the TV show “Blossom,” who holds a UCLA Ph.D. in neuroscience and strongly supports Israel. “GTFOH (Get the F— Out of Here) with all your Zionist bullshit,” the female student wrote on Bialik’s page, further calling Jews “Crazy ass fucking troglodyte albino monsters of cultural destruction.” Among other equally reasonable passages.

After the plainly anti-Semitic student was identified, campus officials issued a statement calling the comments “hateful and offensive,” but did nothing to her. No expulsion or suspension from classes. No docking of work-study pay. Nothing. Yes, there were further remarks deploring what the student did, but that’s all.

And yet, her writings were as classic an example as can be found of demonizing Jews. Had the Regents adopted the State Department definition last fall, with administrators writing new rules to fit, there could have been punishment of a sort to set an example discouraging similar acts by other students.

Instead, the employee relations manager of UCLA Health claimed the pirating and polluting of Bialik’s Facebook page was “individual private speech, however reprehensible,” and protected by the First Amendment right to free speech. That’s like saying that yelling “Fire!” in a crowded theater also is protected free speech. It never has been. More harm and violence has derived from anti-Semitic hate speech than from anything shouted in a theater.

It’s almost as if UC officials believe there’s a constitutional right to anti-Semitic behavior and rhetoric, with very few limitations. If placing anti-Semitic content on someone’s private social media page constitutes free speech, why not allow the same thing with racist and sexist propaganda, both of which would quickly draw punishment?

All this means it’s high time for the dithering to stop. If UC’s regents don’t move quickly after seeing how persistent and virulent anti-Semitism has become on their watch, things will be physically dangerous, it form a permanent stain on the university’s world-wide reputation and become an utter disgrace.