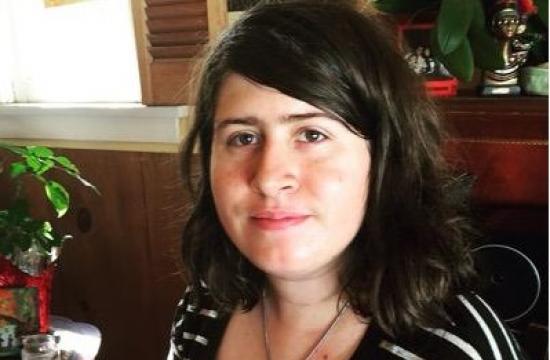 For Santa Monica resident Paloma Bennett, television isn’t something to passively consume and move on from. Bennett sees TV as something to be analyzed through a critical lens. In order to discuss media in a deeper way, she runs a blog called MAE. This blog combines feminism and media in order to create a more nuanced view of both.

Bennett’s blog is named for acclaimed 1920s actress and screenwriter Mae West, who served as an inspiration for her blog. As a playwright, West pushed people’s buttons with the content she wrote. Challenging thoughts with West’s material was a controversial yet interesting aspect of West’s career. The idea of challenging people’s preconceptions through sexuality and humor was what made West a powerful figure. Although West is not the focus of this blog, she is the catalyst.

The mission statement of the blog is, in part, to bring to light shows that star complex, edgy, and powerful women. Using a laid back style of analysis of how feminism affects the media to bring forward new ways of thinking.

According to Bennett’s mission statement on her blog, “men are presented as active agents who are the ones who possess and conquer women.”

Showcasing women as powerful agents in their own right brings to light the often overlooked aspect of media: women as main characters who stand strong on their own rights without depending on men to drive their stories forward. Although it is noticeable to Bennett that more and more women are in the forefront of shows, she believes discussion regarding feminism is still important. People should be part of the discussion of how women are treated. Information is key to understanding the reasons behind why women should be more present in media, which can ultimately lead to empowerment.

“Media is still inherently unbalanced with regard to women, and the ideas represented should be equally as focused on women as well as men,” Bennett says.

Bennett wishes to further explore the power of women in media, so she brings forward examples of complex female characters. She uses lists to draw connections between different characters and their traits within different media created by the same showrunner. Bennett also focuses on different aspects of media through rants, musings, and specific meaningful quotes. Her style of analysis is casual yet insightful.

She doesn’t want to focus on jargon in her discussion to be as inclusive as possible. The focus on Bennett’s thoughts on characters and how these characters exist within their media makes for an interesting, nuanced read.

The kinds of characters Bennett is most interested in discussing are women who are complex.

“When I say “complex” female characters, I mean characters who are more than stereotypical passive damsel in distress. Male characters are always able to be well rounded, but women aren’t. I want to bring forward women who are flawed and also strong, including intellectualism, emotional resilience, and physical strength,” Bennett explains.

The desire to hone in on women who are diverse is a driving force behind the blog. She knows that there’s an importance to showcasing women in multiple ways, because women in real life are able to act in a multitude of ways. Bennett brings to life an intersectional approach. There are characters mentions mentioned who are of different sexualities, races, socio-economic status and ways of life. The common factor between all of these women is their strength.

“Strong is the wrong word to describe the kind of women I want to see in media,” Bennett explains.

She goes on to use the example of Buffy Summers from ‘Buffy The Vampire Slayer.’ What makes Buffy interesting isn’t because of her powers as The Slayer, but because she is a normal teenage girl who just so happens to be The Slayer. Making a note of unique characters beyond their weaknesses or strengths is her way of combating the unbalanced nature of media.

In short, Bennett’s blog is a force of nature.