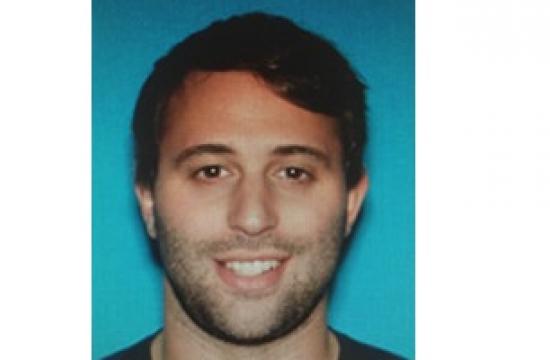 A British man who vanished with his 2-year-old daughter during a supervised visit on Christmas Eve and was found with the toddler in Palm Springs a week ago pleaded not guilty on Monday to kidnapping and related charges.

Jack Joseph Perry, 31, of Santa Monica, appeared in blue jail clothes and handcuffs to enter his plea to felony charges of kidnapping, child stealing and criminal threats and three misdemeanor counts of violating a restraining order issued in his divorce proceedings.

Perry, who is being held on $1 million bail, is scheduled to be back in court on Jan 15 for a preliminary hearing.

On Friday, Los Angeles Superior Court Judge Sergio C. Tapia II ordered Perry not to have any personal, electronic or telephonic contact with his daughter, Lucia, or the girl’s mother, Elise, and not to come within 100 yards of the two.

At the prosecution’s request, Tapia today extended the 100-yard stay away order to include a woman who Perry allegedly threatened to kill. The woman, named as Deborah Maguire in the complaint, is not biologically related but is connected to the family, according to the prosecution.

Outside the courtroom following the arraignment, defense attorney Harland Braun said he believed Maguire was a family friend.

Perry violated an earlier restraining order issued by a family law court three separate times this year, in May, June and September, according to the criminal complaint.

Family law court records indicate that Perry’s wife filed for divorce on Jan. 16, 2013. A child custody evaluation had been set for Dec. 2 and then postponed to Feb. 26, based on agreement by both parties.

Braun said he didn’t challenge bail because his client would probably not be allowed to post bond because of charges pending against him in other states.

Perry has no-bail warrants from Florida and Nevada, a prosecutor told the judge last week. The warrant from Florida involves felony bribery and DUI, while the charges in Nevada involve an 18-count case alleging forgery, theft and obtaining money under false pretenses, according to paperwork submitted to the court by a Los Angeles police detective.

Braun acknowledged that Perry was restricted to short, supervised visits with his daughter, but said he didn’t know anything about the family law case or why those limitations were imposed.

Perry was arrested last Monday night after Los Angeles police asked for the public’s help in finding the girl.

The person supervising the visitation of the tot and her father, who does not have legal custody, lost sight of them about 5 p.m. Dec. 24 at The Grove shopping center.

Police said they received a call around 9:30 p.m. last Monday from a woman who said she saw a community alert flier on the tot’s disappearance and said she believed she had seen them in Palm Springs.

Detectives at the LAPD’s Van Nuys station called the Palm Springs Police Department, whose officers found the father and daughter in an apartment that Jack Perry had rented under a fictitious name, said Officer Ricardo Hernandez of the Media Relations Section.

The girl was subsequently reunited with her mother, who held her daughter in her arms during a news conference last Tuesday at the Van Nuys police station.

Elise Perry, who lives in the San Fernando Valley, thanked “everybody for taking the time and looking at her photo … and for social media, everybody kept reposting and reposting.”

The day before his arrest, Jack Perry was seen with his daughter at a hotel in Beverly Hills, according to police, who said Perry was considered a potential flight risk because he is a British national, comes from an affluent family and has access to private aircraft.