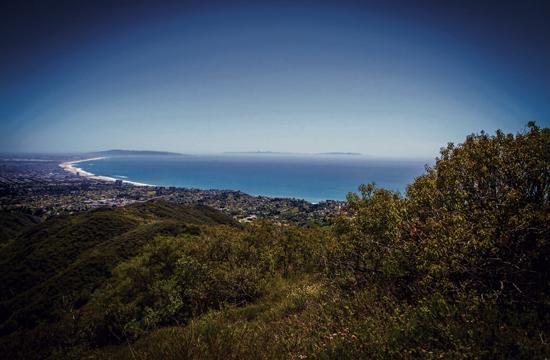 Santa Monica has ensured strong representation in all matters Santa Monica Bay-related, with City Councilmember Kevin McKeown winning a seat on the Restoration Commission Board.

McKeown has been appointed to the Santa Monica Bay Restoration Commission (SMBRC) as a voting member of its Governing Board, City staff announced this week.

“No city has a greater stake in the health of the Bay than Santa Monica, perched on its shore with a sweeping view of the Pacific,” McKeown told The Mirror. “Santa Monica Bay is crucial to our lifestyle, our ecology, and our economy.”

“Having our City represented on the SMBRC empowers us to be even more responsible stewards of one of our greatest natural assets,” he said.

The SMBRC was established by the California Legislature in 2002 to monitor, assess, coordinate, and advise the various activities of state programs in Santa Monica Bay. The Board to which McKeown has been appointed oversees funding that affects beneficial uses, restoration, and enhancement of the Bay and its watersheds, according to City staff.

McKeown was appointed to a two-year SMBRC term by the Westside Cities Council of Governments, where he is the 2016 incoming Chair. McKeown will represent the interests of Beverly Hills, West Hollywood, and Culver City, as well as Santa Monica.

“Santa Monica already has led in controlling potential pollutants and stormwater runoff, and we know the financial challenges of complying with new environmental regulations,” McKeown explained. “I hope to help channel available funding into proven solutions that best benefit the Bay, and to increase transparency on how crucial decisions are made and by whom.”

The SMBRC’s mission is to restore and enhance Santa Monica Bay through actions and partnerships that improve water quality, conserve and rehabilitate natural resources, and protect the Bay’s benefits and values.

The SMBRC is charged with overseeing and promoting the Bay Restoration Plan by securing and leveraging funding to put solutions into action, building public-private partnerships, promoting cutting-edge research and technology, facilitating stakeholder-driven consensus processes, and raising public awareness, according to the commission.

“The SMBRC brings together local, state, and federal agencies, environmental groups,
businesses, scientists, and members of the public on its 36-member Governing Board,” santamonicabay.org states. The SMBRC is also supported by a Technical Advisory Committee, and a
broad stakeholder body, the Watershed Advisory Council.

Santa Monica Bay is an integral part of the larger geographic region commonly known as the Southern California Bight, according to santamonicabay.org.

The 414 square mile area of land that drains naturally to the Bay, known as the Bay watershed, is bordered on the north by the Santa Monica Mountains from Ventura-Los Angeles County line to Griffith Park, extending south and west across the Los Angeles Coastal Plain to include the area east of Ballona Creek and north of Baldwin Hills. South of Ballona Creek, a narrow coastal strip between Playa del Rey and the Palos Verdes Peninsula forms the southern boundary of the watershed.