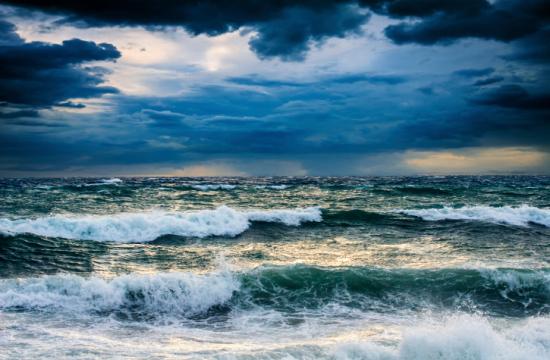 The heaviest rainfall is expected between 10 a.m. and 4 p.m., said NWS meteorologist Curt Kaplan. In all, the system could produce from one to three inches of rain in coastal and valley areas today and between two and four inches in the mountains, he said said.

Today’s expected storm, while the second this week regarded as significant, is actually the third system to visit the region since Monday, when the Southland experienced a weak storm that cleared out the same day. A fourth storm system is expected later in the week.

Rainfall rates in a thunderstorm could exceed an inch of rain per hour, it said, adding that thunderstorms could also spawn microburst winds, resulting in “strong winds crashing to the surface” and causing significant damages.

In the San Gabriel Mountains, moderate to heavy snowfall is expected above 5,000 feet today, with an additional one to two feet of snow above 6,000 feet, an NWS statement said. Snow levels may briefly drop as low as 4,000 feet in case of heavier showers or thunderstorms.

Also expected are powerful winds, especially in the San Gabriel Mountains and Antelope Valley, creating a potential for downed trees and power outages as well as create hazardous driving conditions.

A wind advisory will be in effect in the Santa Monica Mountain Recreational Area and the Santa Clarita Valley from 10 a.m. to 9 p.m. today and in the Antelope Valley and on Santa Catalina Island from 10 a.m. to midnight. Also in effect — until 10 a.m. Friday — is a high surf advisory in L.A. and Orange Counties.

“The combination of heavy snow and strong winds gusting to between 50 and 60 mph will create winter storm conditions in the mountains, with blizzard conditions possible at times,” the statement said. “Heavier bands of rain may cause flash flood and mud and debris flows, especially in recent burn areas, including the most recent Solimar burn area in Ventura County.”

The NWS forecast temperature highs today of 44 on Mount Wilson; 50 in Palmdale; 51 in Lancaster; 53 in Saugus; 56 in Mission Viejo and Burbank; 57 in Yorba Linda, Pasadena, and Woodland Hills; 58 in San Gabriel; 59 at LAX, in Long Beach, Newport Beach, Laguna Beach, San Clemente, Fullerton, Irvine and downtown L.A; and 60 in Avalon and Anaheim.