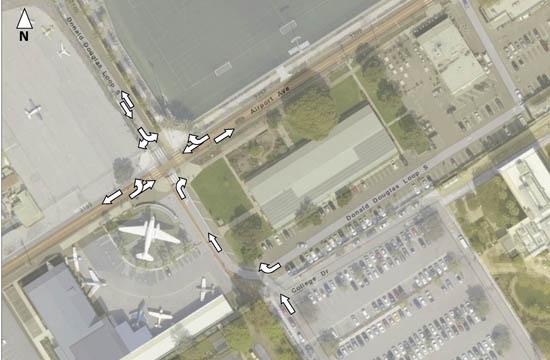 The plan was passed by City Council Tuesday night and allows for pedestrian ingress and egress, and continued vehicular egress via an access route which will extend from the north vehicle gate at SMC’s Satellite Campus, located at 3171 South Bundy Drive, to the intersection of Donald Douglas Loop South and Airport Avenue, according to City Staff.

SMC will be responsible for all costs for any necessary improvements made to the property for the purpose of facilitating motor vehicle and pedestrian access, City staff stated.

The plan was initiated to meet the needs of students at the Satellite Campus, while minimizing traffic impacts on surrounding neighborhoods and on the Santa Monica Airport and Airport Park, according to the city.