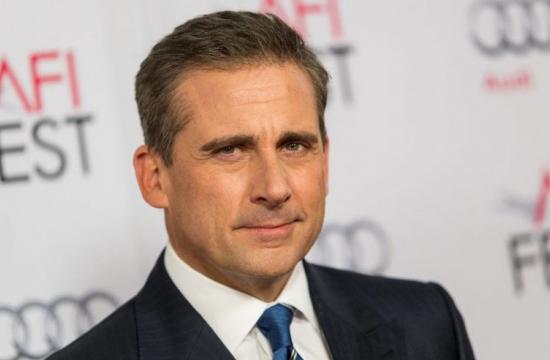 Steve Carell will receive the 2,570th star on the Hollywood Walk of Fame today, honoring a film career that has brought him Oscar and Golden Globe nominations.

Will Ferrell, Carell’s castmate in "Anchorman: The Legend of Ron Burgundy," its sequel, "Anchorman 2: The Legend Continues," "Melinda and Melinda," and "Bewitched," and Adam McKay, who directed Carell in his most recent film, "The Big Short," will join Carell in speaking in the 11:30 a.m. ceremony in front of the Egyptian Theatre on Hollywood Boulevard.

Born Aug. 16, 1962, in Concord, Massachusetts and raised in nearby Acton, Carell received a history degree from Ohio’s Denison University, where he was a member of a student-run improvisational comedy troupe, disc jockey on the campus radio station and goaltender for the hockey team.

Early in his performing career, Carell was a member of a touring children’s theater company and appeared in the comedy musical "Knat Scatt Private Eye" and a television commercial for Brown’s Chicken.

Carell was later a member of the famed Chicago improvisational group, The Second City. He was a member of the short-lived ABC sketch comedy series, "The Dana Carvey Show," which has been credited with forging Carell’s career.

Carell was a correspondent for "The Daily Show" from 1999 to 2005. He was the star of the NBC comedy "The Office" for seven seasons, receiving six Emmy nominations for outstanding lead actor in a comedy series for his portrayal of paper company regional manager Michael Scott.

Carell’s first major film role was weatherman Brick Tamland in "Anchorman: The Legend of Ron Burgundy." His first starring role was in the 2005 comedy "The 40-Year-Old Virgin."

Carell’s other film starring roles include "Get Smart," "Evan Almighty," "Dan in Real Life" and "Freeheld."