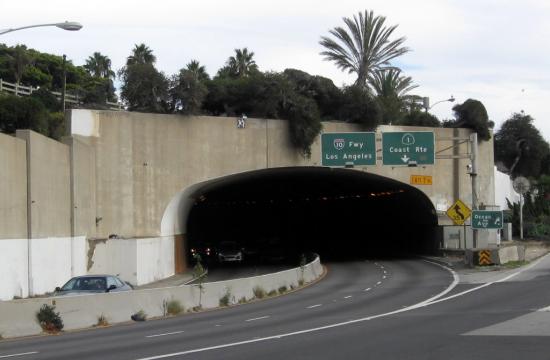 Drunken driving did not appear to be a factor in a car crash in the McClure Tunnel in Santa Monica on Friday night, according to authorities.

Authorities said a car crashed into the tunnel that connects the westbound Santa Monica (10) Freeway to Pacific Coast Highway in Santa Monica, injuring two people and shutting down the freeway.

Two people in the car were taken to a hospital to be checked for injuries, he said.

The westbound Santa Monica Freeway was shut down at Fourth Street and traffic diverted off the freeway while police investigated the crash and the wreckage was removed, he said. It reopened at 2:23 a.m.