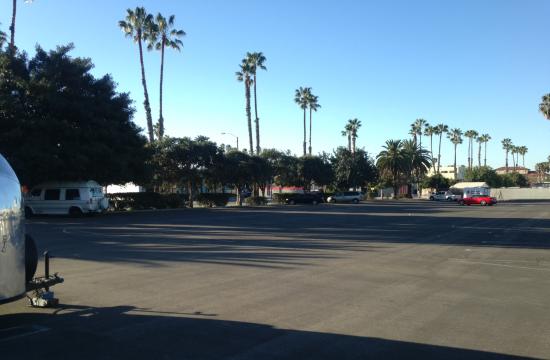 The presence of more than 100 speakers at City Council advocating the fulfillment of a 10-year-old promise to build a sports field at the corner of 4th and Pico in Santa Monica did little to progress the issue despite its inclusion in the 2005 Civic Center Specific Plan. However, a Request for Qualifications (RFQ) on the Civic Auditorium will go-ahead immediately.

Santa Monica City Council, voting at a regular scheduled meeting Tuesday February 9 at City Hall, moved to take next steps on the Civic Working Group (CWG) and City staff’s recommendations to proceed with changes to the Civic Auditorium only, leaving other elements of the 2005 Civic Center Specific Plan without resolve.

Following two hours of public comment, City Council Members spent more than an hour deliberating the issue before moving the motion to focus on the auditorium only.

Councilmember Gleam Davis suggested a direction to City staff to look at the possibility of erecting a temporary sports field on the allocated site, acknowledging that it could take “years and years” before an actual sports field is realized.

Councilmember Davis’ direction received a friendly amendment from Councilmember Ted Winterer for staff to generate a rough cost estimate for the temporary field for the City’s budget study in the spring.

Amongst much umming and ahhing, and fears of safety, costs and practicalities, Davis’ direction was moved. So residents may, indeed, get feedback from City staff “soon.”

“We were disappointed that Council, despite the 100+ individuals who spoke to the urgent need for this field, possibly gave no firm deadline to City Staff for reporting back to Council, and at times seemed at pains to make the staff process as time-consuming and cumbersome as possible,” said Ann Hoover, Co-Chair Samohi PTSA Civic Center Task Force

“We were blown away by the turn out for the pre-meeting rally,” Hoover added. “People are so motivated to build this field because the need is so great and so immediate.”

Kids from across the city played sports outside City Hall and took to the council-meeting dais, pleading with City Council to come good on their 2005 promise.

Alternatives presented by City staff to councilmembers could have seen the inclusion of plans for a playing field and open space made part of the RFQ process.

The speakers’ words seemed to fall on relatively-deaf ears however, as Councilmembers referred to rules, regulations, and funding limitations before deciding to move on the auditorium only.
“Since the 2005 Plan we’ve had the Great Recession, and then, after we’d agreed to a joint plan with Samohi, the state pulled out the redevelopment funding on which we’d relied,” Councilmember Kevin McKeown explained re: the time delay. “We managed to get some wonderful public amenities completed in the Civic Center, like Tongva Park, but the sports field is only one of the elements that was delayed.’

Funding for the temporary field will be considered as part of this spring’s annual budget work, Councilmember McKeown added. “The design will come in consultation with Samohi, the School District, the College, non-school sports leagues, and the community.”

At no point did Council address the elephant in the room, observed Northeast Neighbor Tricia Crane, “Why it had been possible for them last summer to fast track the construction of an Early Childhood Education Center (ECEC) on public land at the Civic Center but not a sports field.”

“Why do the people of Santa Monica have to wait for a playing field at the Civic Center while ground is being broken on a daycare center/preschool which is primarily for the children of people who are not Santa Monica residents?” she asked.

Indeed, during the council meeting, City Manager Rick Cole mentioned several times that councilmembers have the power to do whatever they wish, by means of City staff direction.

Several councilmembers indicated that looking at adding more playing fields in the future across Santa Monica was the best solution to his suggestion, although nothing was put in motion regarding this.