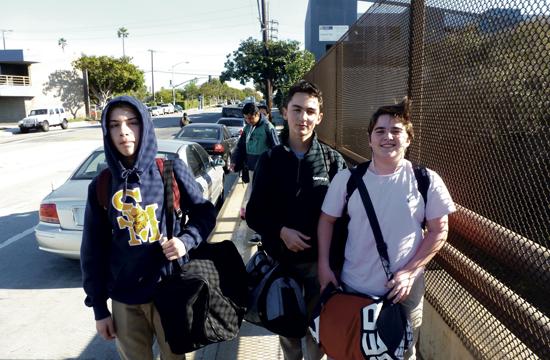 As one of the most talked about issues of the year heads to City Council Tuesday, students and parents in Santa Monica are preparing to rally support for the one thing that is closest to their hearts; a sports field at the Civic Center.

Confusion about what exactly will be debated Tuesday regarding the Civic Center has been rife in recent days, with email chains between councilmembers, parents and the broader community the hot topic in town.

The Council-appointed Civic Working Group (CWG) is scheduled to present its findings to Council as part of a regular meeting Tuesday, February 9.

The nine-member group has spent almost two years compiling a report “regarding the future of the Civic as the hub of a new mixed-use cultural district.”

City staff has also developed alternatives to the CWG’s thoughts, and is “recommending that the City issue an RFQ for the Civic Auditorium only as a first step in implementing the CWG’s recommendations.”

Here in lies the confusion. Councilmember Kevin McKeown recently contacted Samohi parents advising them that their presence was not needed at Council Tuesday as only the Auditorium will be up for discussion and that “The sports field at 4th and Pico is neither at risk on February 9th, nor in need of reaffirmation. The overall Civic Center Master Plan is going to remain unchanged on February 9th.”

However, as part of City staff’s Alternative #2 in the staff report, “Key Open Space Issues” will be put before the Council Tuesday, including option (a) “whether to include a sports field at the corner of Fourth Street and Pico Boulevard,” which refers to seeking proposals that encompass several development elements, including a sports field.

Santa Monica mom Lori Whitesell emailed Samohi email recipients Wednesday morning: “If the field is safe and going to be built then yay! And if not, then we make it clear that this is an important issue to the citizens of this city and that we can mobilize.”

The sports-field rally is planned for 6pm Tuesday in the lead up to the Council Meeting, with a large number of students, parents and concerned residents expected to make public comment in what is set to be a meeting that is sure to run well into the evening.