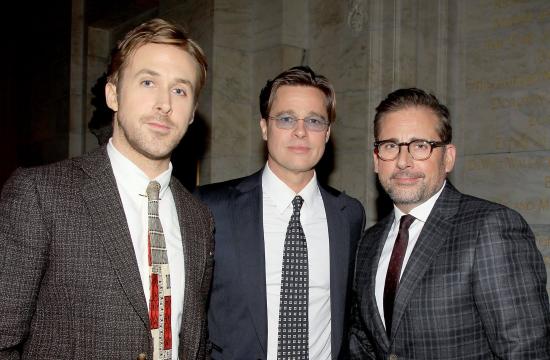 “The Big Short,” based on the 2010 Michael Lewis book, is a really good, but very complicated movie about the financial crisis of 2007–2008.

The movie stars Steve Carell as Mark Baum, Christian Bale as Dr. Michael Burry, Ryan Gosling as Jared Vennett, and Brad Pitt as Ben Rickert, who all give solid performances as finance whizzes. Baum is a Wall Street hedge fund manager of a firm called FrontPoint Capital. Burry is a neurologist turned hedge fund manager who started California-based hedge fund Scion Capital. Vennett is a bond salesman at Deutsche Bank. He approaches Baum to invest in what are called credit default swaps, which Baum agrees to do. Credit default swaps involve bets on where interest rates will go, in this case rates on bonds comprised of home mortgage pools. Rickert meanwhile is a cynical retired investment banker, who previously worked at JPMorgan Chase, and advises some young investors on how to make it big in financial markets.

With his ability to spot trends, Burry is the most perceptive of the financiers, along with being an eccentric guy who keeps to himself most of the time. What he decides to do is go to one of the big banks and purchase options that are bets against six Mortgage Backed Securities (MBS’s) for $1.3 billion. Mortgage Backed Securities are a bundle of home mortgage loans that are purchased from banks and mortgage companies by investment institutions. These MBS’s he purchased presumably were not promising and had some likelihood of defaulting. Everyone on Wall Street thought the MBS’s had very little chance of default, but Burry disagreed.

Burry, Vennett, along with Baum’s team, are able to determine in the movie that fraud is taking place and one area that stands out is the credit rating agencies, which assigns scores (from AAA to CCC) based on the borrower’s likelihood of defaulting. It became apparent that the rating agencies were routinely giving the highest score of AAA, even when it was clear that the borrowers in these mortgage pools stood a high chance of defaulting. This realization infuriates Baum and in one scene he confronts a credit agency employee, played by Melissa Leo.

I thought that this complex movie fell short in some areas. By having celebrities explain complicated financial terms, it seemed that the film was trying to draw attention to itself. Also, when characters in the movie directly address the audience, it took me out of the movie.

Carell I thought gave the best performance, as his character had the most range and narrative arc. A well-written movie to be sure, this is the kind of picture that would benefit from multiple viewings, so as to be able to take in all of the nuances of the intricate financial terminologies and transactions.
While worth seeing and certainly intelligent, those who are really well-versed in finance will likely appreciate it the most.