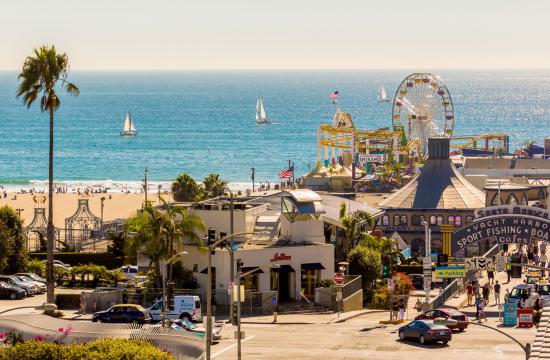 With the California Coastal Commission under the spotlight for all the wrong reasons, Santa Monicans are being asked to take part in shaping Santa Monica’s coastal zone, the first Local Coastal Plan Workshop scheduled for tonight

The coastal zone runs south from Adelaide Dr. to Ocean Park Blvd. and is bordered by Lincoln Blvd. from Ocean Park to Pico, and then by 4th street running north.

According to Santa Monica City Council, the Local Coastal Plan is made up of two documents: the Land use Plan and the Implementation Plan. The Land Use Plan (LUP) outlines conditions, objectives and policies for the Coastal Zone, while the Implementation Plan (IP) is an ordinance containing specific regulations to implement these policies.

In 1992, the City Council approved a LUP, but it received only partial certification from the California Coastal Commission (CCC), excluding some sub-districts. The CCC declined to certify an IP, citing concern over the 1990 voter-approved Proposition S, which established the Beach Overlay Zone, in which hotel and restaurant development are restricted.  This outcome brought the process to a standstill. Without a fully certified LCP, coastal review authority has remained in the CCC’s jurisdiction.

25 years have passed since the last LCP effort. In this time, there have been many improvements to the beach area, including a revival of the Landmark Santa Monica Pier with additional dining, entertainment replica patek philippe horloges and retail offerings; enhancement of the beach bike path; new, modernized restroom facilities; and the opening of the Annenberg Community Beach House.

Santa Monica continues to provide a diverse array of enjoyable, low-cost recreational activities to residents and visitors alike, City staff said. “Both the City and CCC are now interested in achieving local authorization to issue coastal permits. With a certified Local Coastal Plan that reflects sustainable City policies and practices and protects the coast in accordance with the State Coastal Act, great strides can be made toward securing Santa Monica’s future as one of California’s most enjoyable and popular beach destinations.”

Past State policy required the LUP to emphasize beach and Pier parking as the accepted means to guarantee public access to the coast. With new transit options, like the Expo Line and Breeze Bike Share, and with the development of a large Downtown parking reservoir and an improved pedestrian network, beach parking is no longer the only or even the most desirable option for beach visitors.

Regulations have important implications for the future land uses that the City will allow or the ability to rebuild in case of severe damage from storm events should the forecast indicate that such events will become common and that rebuilding is not prudent.

Community outreach is being sought from all sectors. The first public workshop will be held tonight, February 29 at Civic Auditorium East Wing from 6.30pm-8.30pm. For more information head to smgov.net/localcoastalplan.