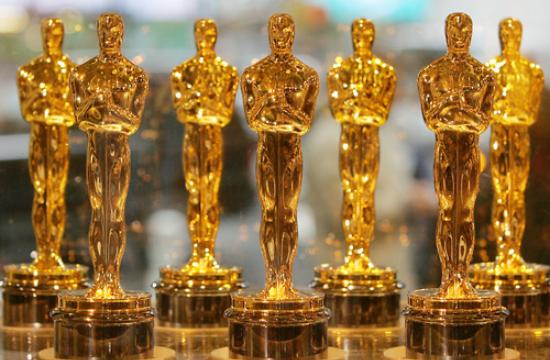 A contentious awards season dominated by talk of diversity – or the lack thereof – in Hollywood will conclude tonight with the 88th Academy Awards, and with no clear front-runner in the race for best picture.

Leonardo DiCaprio and Brie Larson appear to be the only sure bets heading into the Dolby Theatre ceremony, with both sweeping the pre-Oscars awards shows for their leading roles in "The Revenant" and "Room," respectively.

Beyond that, the major awards are largely up in the air. "The Revenant" leads all films with 12 nominations and will compete for best picture with "The Big Short," "Bridge of Spies," "Brooklyn," "Mad Max: Fury Road," "The Martian," "Room" and "Spotlight."

"The Big Short" — the sometimes-comedic drama about the housing market collapse — scored the coveted Producers Guild of America Award, seemingly giving it a leg up for best picture. Since the Academy of Motion Picture Arts and Sciences and the PGA expanded from five to 10 nominees, no film has won the best picture Oscar without first winning the Producers Guild Award.

"The Revenant," director Alejandro Inarritu’s grueling frontier survival/revenge drama, won the Golden Globe for best drama, while "The Martian" won for best comedy, although the classification as a comedy was questionable. Meanwhile, "Spotlight," the story of The Boston Globe investigation into sexual abuse by priests, has become an awards-season success story, winning the best ensemble cast prize from the Screen Actors Guild and best picture at the Critics’ Choice Awards.

Many pundits believe the best-picture category is now a three-legged race among "The Big Short," "The Revenant" and "Spotlight."

Inarritu is a strong contender to repeat as best director, having claimed most pre-Oscar prizes, including the Directors Guild of America honor — which almost always leads to an Academy Award. He won the Oscar last year for "Birdman."

Also up for the directing Oscar are George Miller for "Mad Max," Adam McKay for "The Big Short," Lenny Abrahamson for "Room," which is about a mother and young son held captive, and Tom McCarthy for "Spotlight."

DiCaprio is hoping to take home his first career Oscar on his sixth nomination. His nomination for portraying a frontiersman fighting to survive after a near-fatal bear attack and to seek revenge for the murder of his son in "The Revenant" is his fourth career best-actor nod. He was previously nominated for "The Aviator," "Blood Diamond" and "The Wolf of Wall Street."

He will compete with Matt Damon for his turn as an astronaut stranded alone on Mars in "The Martian"; Bryan Cranston for his role as a blacklisted screenwriter in "Trumbo"; Michael Fassbender for the title role in "Steve Jobs"; and last year’s winner, Eddie Redmayne for his gender-bending role  in "The Danish Girl." Redmayne took home the Oscar last year for "The Theory of Everything."

Larson is considered a virtual lock for best actress for her role as a mother held captive with her son in "Room." It’s her first career Oscar nomination. She is in a category loaded with talent, including Cate Blanchett, who has her seventh career nomination for her role in "Carol," about a romance between a pair of women in 1950s New York. Blanchett won the best supporting actress Osca in 2004 for "The Aviator" and the best-actress Oscar for "Blue Jasmine" in 2013.

Also nominated is Jennifer Lawrence, who is seeking her second best- actress Oscar for her work as a budding entrepreneur in "Joy." She won for "Silver Linings Playbook" in 2012. Charlotte Rampling is nominated for her work in the drama "45 Years" while Saoirse Ronan has her second career Oscar nod for "Brooklyn."

Alicia Vikander is hoping to follow up her SAG Award victory for supporting actress with an Oscar win for her supporting role in "The Danish Girl." Also vying for the prize are Jennifer Jason Leigh ("The Hateful Eight"), Rooney Mara ("Carol"), Rachel McAdams ("Spotlight") and Kate Winslet ("Steve Jobs").

Sylvester Stallone has been a sentimental favorite in the supporting- actor category for his return to the role of Rocky Balboa in "Creed." He’s already picked up Golden Globe and Critics’ Choice Awards. The winner of the Screen Actors Guild Award in the category, Idris Elba of "Beasts of No Nation," isn’t even nominated for an Oscar — one of the notable snubs that helped sparked the #OscarsSoWhite social media firestorm and contributed to the debate about the lack of diversity among Academy Award nominees.

Also nominated for the supporting-actor Oscar are Christian Bale for his work as a socially awkward investment-firm head in "The Big Short," Tom Hardy as DiCaprio’s nemesis in "The Revenant," Mark Ruffalo as a crusading reporter in "Spotlight" and Mark Rylance as a soft-spoken Russian spy in "Bridge of Spies."

Nominated for best animated feature are writer/director Charlie Kaufman’s downbeat drama "Anomalisa," "Boy and the World," Disney’s whimsical peek into the mind of a child "Inside Out," "Shaun the Sheep Movie" and "When Marnie Was There."

In the original song category, the nominees are "Earned It" (from "Fifty Shades of Grey"), "Manta Ray" ("Racing Extinction"), "Simple Song 3" ("Youth"), "Til It Happens to You" ("The Hunting Ground") and "Writing’s On the Wall" ("Spectre"), with music and lyrics by Jimmy Napes and Grammy-winner Sam Smith.

Lady Gaga is scheduled to perform "Til It Happens to You," and she will be introduced by Vice President Joe Biden as part of a presentation aimed at combating sexual violence.

The highest-grossing film of all time domestically, "Star Wars: The Force Awakens," has five nominations — for film editing, original score, sound editing, sound mixing and visual effects. John Williams, who scored the film, boasts the record for most Academy Award nominations of any living person, with 50. Walt Disney was nominated 59 times.

Another record breaker this year is Steven Spielberg, who produced and directed "Bridge of Spies." The film’s nod for best picture is Spielberg’s ninth in that category, the most for any individual producer.

Chris Rock will take his second turn hosting the Oscars. He also led the ceremony in 2005. Amid the raging debate over the lack of diversity at the Oscars, Rock has taken the unusual step of avoiding almost all interviews leading up to the show.

Rock has been making unannounced appearances at the Comedy Store in West Hollywood in recent weeks to prepare for the show, and he’s hinted that the diversity debate prompted him to completely re-work his opening monologue.

The Oscars will be aired on ABC and televised in more than 225 countries.