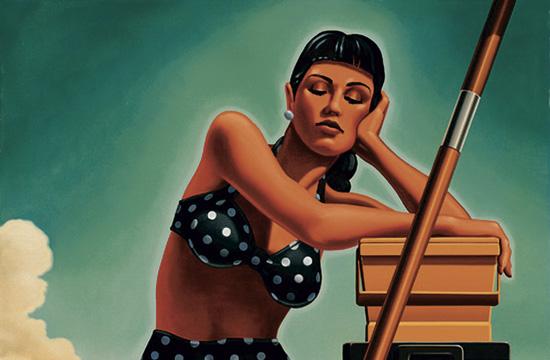 After an almost two-year renovation, Santa Monica’s historic Laemmle cinemas have reopened their doors, showing off more than a flashy coat of paint.

The first time you walk into the newly renovated Laemmle Monica Film Center on 2nd Street, you may feel like you’re not in Kansas anymore. However, like the movie, once you leave, you will realize that you’ve been home all along.

The theater, formerly the Monica 4-Plex, closed for construction in May 2014 for the first time since 1981. It originally opened in 1972 as the Monica Twin. For years it offered the gritty charm of an arthouse cinema, but its need for an upgrade was apparent.

“The cinema environment is about to get more competitive in Santa Monica,” said CEO Greg Laemmle. With the opening of the Arclight at the Santa Monica mall and broader changes in the city, the theater decided it needed to modernize to stay competitive, according to Laemmle.

“The original 4-plex had a lot of charm but was in need of being updated due to an older style that prevented optimal use of the space,” said Laemmle General Manager Isaac Wade. “The goal was to keep the charm of the original space while creating an atmosphere that allowed us to provide patrons with more amenities and events than were possible before.”

The changes include an expansion from four to six theaters, all with digital projection, and comfy leather seating. “It also boasts an upstairs lounge and an expanded menu at the concession stand which will soon include beer and wine,” Wade explained.

Staff members from the original 4-Plex have been retained, as has the affinity for the theater within the community. In the initial days since reopening January 29, locals have been regularly dropping by to check out the new digs, and plan their next trip to the movies.

In the long term, the theater hopes to build on its initial welcome by Santa Monicans by expanding what it has to offer them, according to Wade.

“We want to be able to consistently provide an improved viewing experience of the kinds of films our loyal patrons have come to expect from Laemmle Theatres and to expand that reach to bring new patrons into the Laemmle fold,” Wade said.

He hopes to create a community of movie lovers who see the Laemmle Monica Film Center as a place where they can not only enjoy a film with friends and great food and drinks, but also to give the city more than just standard movie fare.

On the bill: special events, film series, and festivals.

For more information head to laemmle.com